WHO'S YOUR CC CHARACTER TWIN?

Readers spill the beans on the CC characters they have most in common with... 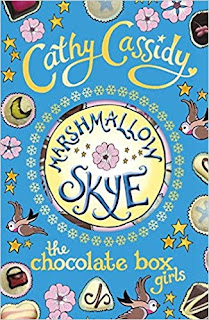 Emily says:
I am truly, in every sense of the word, a CC superfan: I have read all the books, have most of them, and (no joke) Skye is totes my twin. When I first read MARSHMALLOW SKYE, both my head and my heart thought they couldn't ever want to be like anyone else, myself included, ever again. I always had empathy for Jodie - I'm a bit of a Summer-basher sometimes, and I think this is because I am almost jealous. Sure, Skye is awesome - I knew she was my favourite sister - but still, I was envious of Summer. She is perfect, whereas I - um - am not. MARSHMALLOW SKYE is my rock, but I love HOPES & DREAMS too, and I am probably more like Jodie than any other character. I would love to see a series all about Rochelle Academy!

Cerys says:
I have lost of favourite characters in CC books, but the character I am most like is Bex from LOVE FROM LEXIE. Bex is just like me... she dyes her hair turquoise and then red, I have had mine purple and silver. Bex loves Doc Marten boots, and I have three pairs, in bright colours and patterns. Bex is hot tempered and fiery and I am also, and yet like Bex I work hard at school and do well in my exams. Bex is in a foster family, and I am not, and she has a pierced nose, and I don't, but we do have lots of things in common. I loved reading about such a strong character and one I was very like. Bex is great and I can't wait for her installment in the LOST & FOUND series (if she has one!) 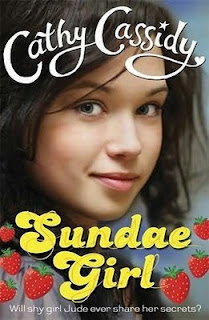 Louise says:
My CC character twin is probably Jude from SUNDAE GIRL. She is very quiet and worries about what people think of her, but underneath this she is a strong character who is quietly coping with lots of difficult stuff. Well, I don't have a mum who drinks too much or a dad who is an Elvis impersonator but I do live with my grandparents, for different reasons. There are some challenges in my life and I try to be positive about it all but like Jude I find it hard to let people get too close. I also go to a Catholic school and it was nice to see that detail in this story because you don't usually. All that's missing is that I need a secret admirer like Carter... but that's just a matter of time, right?

Millie says:
The CC character I am most like is - this will sound odd - Shay Fletcher from CHERRY CRUSH and the CHOCOLATE BOX GIRLS series. OK, he's a boy, but otherwise the similarities are there. Shay is a bit misunderstood and doesn't always get on with his dad, and my dad is strict and moody. Shay is very musical and plays guitar and writes songs, and I play piano and guitar and write poetry, and one day I hope I will write actual songs. Also Shay annoys everyone by finishing with his girlfriend to go out with someone else, and something like this happened to me but with friends. I have been told LOVE FROM LEXIE is about a girl who joins a band and writes songs, so I am getting that book next!