ABBIE: I TRAVELLED TO INDIA TO HELP STAMP OUT RABIES!

Newly qualified vet nurse Abbie has just returned from two weeks in India with the charity MISSION RABIES... she tells us why she went and what it was like! 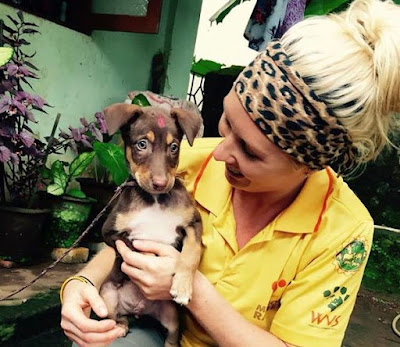 Abbie says:
I was a third year vet student when I started looking into charity projects to volunteer for, and I cam across Mission Rabies, which is part of The World Vet Service group. I wanted to combine my vet nurse skills and love of animals with travel and learning about another culture. Mission Rabies works in places like India to help try to stamp out rabies... it's a disease which affects not just dogs but people, and 99% of cases in humans are passed on by dog bites. So working to eradicate rabies in dogs also hugely benefits the local people, and as well as vaccinating dogs we hand out information leaflets to raise awareness. I had to raise a donation fee and a participation fee in order to take part in the project - this covered the cost of the vaccines and materials, and of our accomodation and food while there. I ran a Just Giving page for three months to raise the funds, had all my innoculations and paid for my own flight out to India. 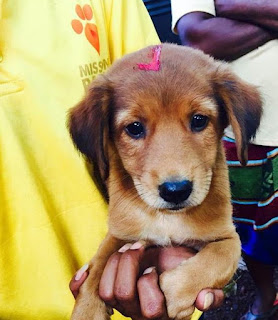 It was a bit of a culture shock - the climate was so humid and it was a big change in diet and energy levels. We were walking up to 40km every day, which was hard work! We got up at 5.30am every day and packed up boxes of needles, syringes, vaccines and paint - after vaccinating a dog, we would paint a red mark on their head to show they had been treated. I worked in a team with a Dog's Trust worker called Amy and a newly qualified vet from Nepal called Samir, and a group of local guys who acted as 'catchers' to catch the dogs in big nets. Working with scared or aggressive dogs was a challenge and dealing with people who had different cultural beliefs and a different language was also hard at times. For example, sometimes we'd be explaining that you don't need to hit a dog to get it to do something, and that skin conditions and injuries need to be treated. 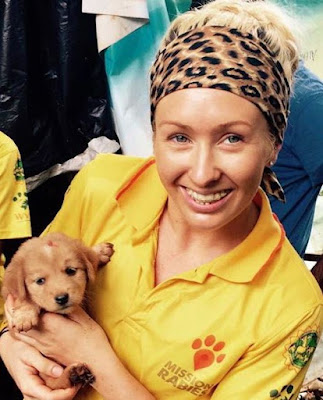 There were many street dogs and strays, sometimes in a very poor condition, although some were living in a happy and sustainable way. Really sick dogs were always taken back to the centre to be helped. The World Vet Service also run schemes to neuter dogs, which is great as well. It's easy to fall in love with a street dog and want to rescue it, but as a vet nurse I know we have so many unwanted dogs here in the UK and importing more just adds to the problem. It's better to work with those animals in their own environment. The Mission rabies scheme aims to stamp out rabies in the next few years, and it was great to think that we were helping in that. We had fun too... we saw some amazing sights, ate great food in local cafes and learned so much about the Indian culture. The tea was really strange - strong, sweet and syrupy! It was an unforgettable experience... I will never regret it.

You can find out more about MISSION RABIES here.

To home an unwanted dog in the UK, check out DOG'S TRUST.

Cathy says:
This is a brilliant and inspiring story... well done Abbie! Have YOU ever thought of working with animals? COMMENT BELOW to have your say!
at November 04, 2016