Blogger Emma tells us about the camping trip that pushed her to the limits and taught her how to say 'no' in the first of a hard-hitting new series on mental health... 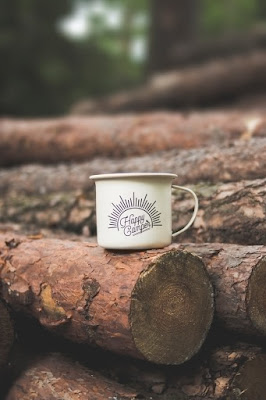 Emma says:
“I keep living, loving and learning the hard way.” As I waited for my suitcase at the baggage area, this is the song I remember hearing through the speakers. I remember thinking how in theory the whole premise of the song seemed ridiculous. Why would you make the same mistake over and over again? I’d been working abroad for a month and had mixed feelings about returning home. It wasn’t like I left my feelings of anxiety back in Ireland like a troubled house pet and said “See you in a month, remember to eat and stay hydrated, K, thanks, bye.” It was always there, but somehow being in a change of scenery made it more manageable. I could pretend that life was always going to be a Venice Beach where the waves didn’t crash half as much.

The baggage belt suddenly started moving pulling me out of my thought, quickly reminding me that whatever pause my 'real life' had been on was firmly over. As I collected my suitcase, the weight of the bag seemed different. It seemed heavier than it did when I had checked it in a few hours beforehand. It stood as a firm reminder that all my baggage was waiting for me now that I was home. Little did I know, in the weeks to come, the bag was about to break. It was about to break in a way I couldn’t sweep under the carpet or ignore. I would have to learn how to properly clean up the mess. 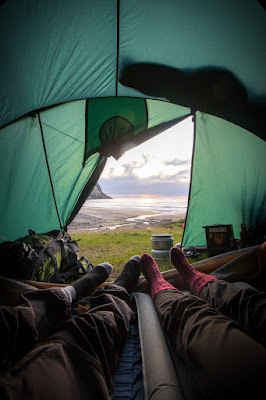 I had been back two days when I was told I’d just under a week to organise and run a camp. It was my own fault. I should have said no. It was a near impossible task, with a built in guarantee that I’d forget something. As someone who colour coordinates their wardrobe and makes countless lists for nearly everything, it was a match made in hell. I still couldn’t say no. A week quickly passed and suddenly I found myself at a camp site, about to run the most organised unorganised camp in history. A camp my name would be tied to and every little thing that went right or more importantly wrong would fall on my shoulders.

I was an experienced camper, but that didn’t matter. Due to other events that occurred in that same week, my mindset and confidence were little to none. The whole premise of guiding is 'giving girls confidence,' yet here I was with over ten years camping experience (with the knowledge that goes with it) and I couldn’t work out how to breathe let alone sort a troublesome tent. I felt like a failure. How was I supposed to be a role model? The skills I'd spent years acquiring suddenly seemed to be as Frozen as the movie, but not nearly as entertaining.

Guiding used to be the place where I felt my strongest. A place where I could escape from my own head. Although the signs were always there, at the age of ten you don’t know what anxiety is. You can’t say how you feel or why you feel so sick whenever a primary school spelling test got the better of you. A lot changes in ten years. It will always be the place where some of my best friends and childhood memories were once tied to, but I wasn’t a child in denial anymore. Even as an adult, those memories still had a hold on me. I felt like while I was there I couldn’t appear to be any less perfect or happy, then I was once upon a time. Over the years, I had slowly gotten better at managing my anxiety, but the way I suppressed my feelings that weekend undid what was honestly years of hard work. All because I didn’t - or couldn’t - say no. 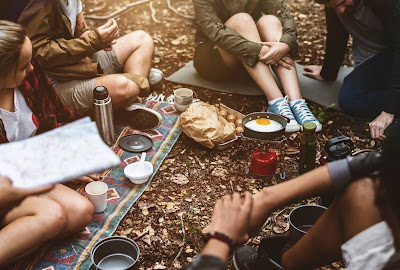 From the outside, the camp went near seamlessly. The activities went fine, no one got food poisoning and the guides miraculously went to sleep with little persuasion and hardly any bribery. However, it was the behind the scenes (or tent if you’d like?) where the cracks started to show and the zip began to unfasten. The hectic pre camp preparation kept coming back to bite me. No one noticed I was breaking down in agony. Then again why would they?? Those who were close to me were miles away and uncontactable due to the unique signal availability. I felt this urge to overcompensate and keep everyone happy. Partly doing so in an effort to try and keep myself together. But it was impossible. It was like chasing a rainbow and I couldn’t find a sliced pan let alone a pot of gold.

It was on the last day the bag finally broke. It was a small incident, a few words that probably meant me no harm. But it was the last thing the bag could take. I felt every part of me breakdown. I had tried so hard to salvage the situation and nothing I did was “right”. But it made me realise I was damned if I did and damned if I didn’t. These were the words that were my foundation for starting again after the camp ended.

I didn’t sleep properly for months after. I still don’t. But I have faith in time as a healer. Every coping technique seemed useless, every positive affirmation silly. Every fault, every remark made,  manifested itself into the cruellest of intrusive thoughts. Something I wouldn’t wish on my worst enemy. I only realised how well I had been doing when I broke down. Getting help again, from the same person I did many years ago was the worst part. How I let them and myself down after months of thriving. I let myself be broken. 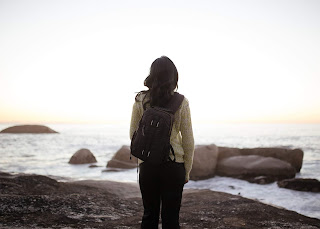 It felt like I was back at square one, but this time I knew that saying no was my superpower to saying sane. I wasn’t superwoman and after seeing the consequences of my cape ripping and landing so elegantly on my face, I didn’t want to be.  I am still an overachiever who colour coordinates her clothes. I still feel terrible when I have to say no and that may take years to change.

The key piece of information that keeps me going is simple - I now know that the feeling I get when I say no when I need to is a million times better than falling apart in a camp site bathroom, alone, using a whole bottle of concealer (a very expensive way to deal emotions that is not sustainable for a student). That camp was the blessing that broke me. It may sound confusing. But I’ve learned that sometimes you need to be completely broken so you can rebuild the right way. Like a reboot of an old TV show that had lost all its magic. Life may never be a Venice Beach where you can get fake but gorgeous handbags, but we have no choice but to go through life the same way we’d eat an elephant. One piece at a time, embracing the imperfectly perfect moments on the way.

Cathy says:
I love Emma's honesty and bravery in sharing her experiences with anxiety - I think it will help a lot of people. Have YOU ever struggled with anxiety? COMMENT BELOW to have your say!
at April 28, 2019