SKYLAR: COMING OUT AS TRANS

Heart-wrenchingly honest blog from Skylar, about discovering his true identity - and coming to terms with it... 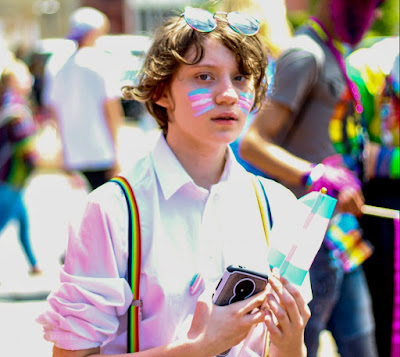 Skylar says:
I think I was sixteen when I first learned what being trans meant. I wasn’t really familiar with the concept before that – if you’d asked me what a transgender person was, I probably would have said something about men wearing dresses. I had very little idea what the word meant - it just wasn’t talked about in my small Scottish town. I spent most of my life very confused up until I was sixteen, with no words to describe exactly how I was feeling. I had this overwhelming sense that I didn’t belong anywhere; no matter who I spoke to or how I dressed, nothing felt right. I remember telling a friend once that I would have preferred to have been “born a boy”. I had no idea what that meant for me - I just thought that I was stuck being a girl because that’s what I had to be, no other option.

At sixteen, I stumbled across an online blog written by a trans person. That’s where it all started. From the moment I started reading, it was like I’d finally cleared the fog in my head. Everything made sense. Why I never felt like I belonged, why I had so many insecurities about my body, why I identified with boy characters in books more than the girls. I realised that there were others who felt how I felt. It was amazing, realising that you didn’t have to identify with the gender you were assigned at birth. I finally had the language to describe how I was feeling. I'd been questioning my gender identity for years without realising. At college, there was a LGBTQIA group and I spoke to a youth worker who helped me unpack the thoughts I was having. It took months to feel comfortable identifying as trans. I spent a long time trying out different pronouns and names in my head, trying to figure it all out. The first time I heard someone else call me “him” it was the most validating experience ever. I kept replaying it in my head for the rest of the day!

I officially came out as trans to all of my friends and family when I was eighteen. I came out to close friends first, and received an overwhelmingly supportive response from almost everyone. I then came out to my family. They struggled to accept it, especially my mum, and I felt very rejected. A lot of other circumstances were in play, and I ended up leaving home suddenly and becoming homeless. Around the same time I  learned first hand that being trans came with its hardships - healthcare professionals were sometimes ignorant and discriminatory, people online had so much hate to spread, and not everyone I came out to respected my new identity. It was one of the hardest times of my life, but I received continuous support from LGBT Youth Scotland, and from my new found community of fellow trans people, which made it a little easier. But it was still a very long time before I got over the pain of feeling like my identity was a burden on others. Years later, after rebuilding my relationship with my family, I know that they didn’t mean any harm. There was a lot going on at home already, and it was just a bit too much all at once. My mum and I understand each other a lot more now, and she’s one of my biggest supporters. She uses the right name and pronouns, and I couldn’t be more grateful to her for rethinking her world view for me. 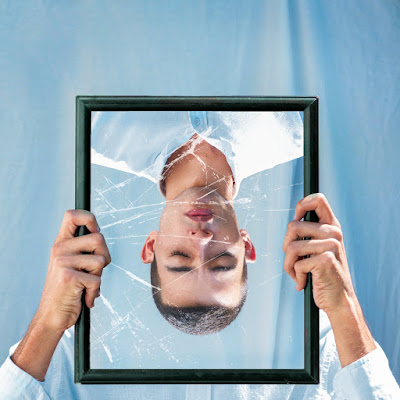 I’d encourage any young people reading this that think they may be gay, bi, trans, non-binary or are questioning who they are even a little bit, to know that it gets easier. That’s such a common phrase that I feel it’s became a stereotype, but it’s so true. It didn’t get better for me for a while, and it was definitely baby steps when things did start looking up. But I wouldn’t change any of it. All of the hardship, the questioning, the negative reactions, the turbulent living situations - it made me stronger and more sure of myself in the end. Look for communities online or in your area where you might be able to find a sense of belonging. Look for youth/support groups you can attend in your area - you might be surprised at the resources you can find with a little research!

I’m now in a place where I’m surrounded by people who validate my identity, and when I run into people who disrespect it, I’m able to brush it off. I know who I am, so why let a stranger’s words change that? It takes a while to get there - it’s easy to get wrapped up in the negative things people have to say, especially online. But I promise you, all you have to do is look a little harder, and there are countless people ready to provide their support and kindness. Is absolutely everyone in the world ready for us? No, maybe not. But they will be! One day, they will be.

Cathy says:
Skylar's story is so honest and heartfelt - it has clearly taken a lot of courage to share, and I hope it helps others to understand more what it feels like to be trans. Do YOU have any words of support for Skylar? COMMENT BELOW to share your thoughts...
at June 09, 2019