Another in our fab series about cool careers... we talk to Jessica, who has worked as a journalist for numerous top mags and newspapers. Wow!!! 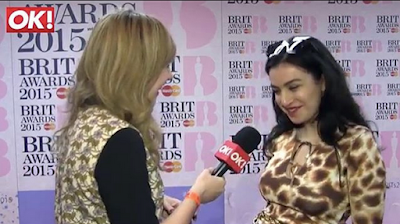 Jessica says:
From a young age I was infatuated with magazines. Growing up, all I wanted to become was a magazine editor with my own office full of books, plants and a rail of snazzy trench coats. If I’m honest, I thought being a magazine editor would be like the chick flick movies - Thirteen Going on Thirty maybe, or How To Lose a Guy in Ten Days, about magazine editors, ha! I’d spend all my pocket money on mags and loved reading the genuinely inspiring articles for women. I was always writing stories and my heart was with certain women’s issues I cared fiercely about. During my teen years, I saw so much in women’s magazines that broke my heart. Whether it was airbrushing photos or the pressure for us to look and behave a certain way, it felt like we were being pushed to be some kind of elusive dream super woman. There were a lot of problematic themes in the heart of women’s magazines, but I felt compelled to write articles for women. Pieces that gave women freedom instead of chains, that gave us hope instead of judgment and gave us laughs instead of us thinking we need to go on a diet. There is a power in words and with my passion for women and my interest in magazines, it made sense for me to put the two together and hope that I could make some positive changes in women’s magazines.

I started off doing a LOT of interning. I first started doing work experience at 14-years-old for Sugar magazine ( a teen mag that sadly is no more) in London. I studied journalism at uni and bounced around internship from internship in the city like a headless chicken at magazines like Cosmopolitan, Elle and OK! I learnt on the job and from a lot of really incredibly talented, funny, intelligent and dynamic women around me, who inspired me but also terrified me. From the get go, I would attend an event every night for work, whether it was a beauty product launch, a red carpet premiere, a celebrity birthday party, an awards ceremony, reviewing new restaurants/hotels or just a general showbiz party. It sounds glamorous and it was exciting for the first couple of months when I was starting out... but it’s definitely a lot of hard work. Interviewing celebrities and going to champagne fuelled parties may sound like the dream, but don’t be fooled. For a few years, I was interviewing up to six people a day. Talking to lots of different people can be interesting but exhausting.

As a journalist and an editor, I have worked on news, showbiz, culture, travel, fashion, beauty, politics and entertainment desks at national newspapers and global magazines, such as Harper’s Bazaar, BBC News, OK! magazine, Stylist magazine, Elle magazine, The Independent, The Washington Post, Grazia, VICE, Refinery29, The Telegraph, Cosmopolitan and The Guardian. When I was writing about showbiz and celebrities, I landed exclusive interviews with George Clooney, Matt LeBlanc, Kate Winslet, Kim Cattrall and Will Smith. I was also the first to break the royal engagement world news of Harry and Meghan months before the palace announced it - a source leaked it to me and I spent most of the week leading up to press day worried sick that the Queen would sue me, ha! I have also put together extensive features and news articles that have been a part of UK campaigns and political movements. Now, I’m a freelance writer, so my job includes pitching a lot to editors, writing for different papers and magazines and reporting on current affairs. 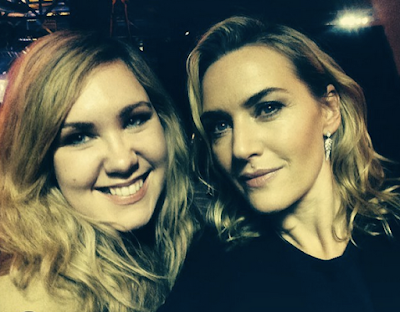 In the future, I plan on continuing freelancing for different publications and writing in particular about social injustices and women’s issues, but I have started doing one on one freelance sessions which I’m really excited about. They are for people who may have always wanted to become a journalist and are keen to get published in their favourite magazines and newspapers, or for people who want to make the leap from blogging on social media to writing for global publications or those who simply just love writing and want to get their ideas out there. I’m passionate about getting people on the freelance journalist ladder. There are so many options and different roads to take that it can seem a bit overwhelming, so the ethos of my sessions is to really strip it back and simplify it. A lot of journalism courses and writing workshops overcomplicate stuff and it really doesn't have to be as painful as that! There are easy ways to widen your net, make solid connections with national/global editors, freelance for different publications as well as working in your job and get writing on the subjects you feel most passionate about, without having to do loads of unpaid work for 'exposure'. I feel super strongly that every piece of work you do should be paid. I’m also putting on a six-week masterclass course very soon for budding journos wanting to make the jump to freelancing, were the group will learn everything they need to know on how to spread their writer wings and become a successful freelance journalist!

For info on Jessica's courses and workshops,  email jess.hope.evans@gmail.com
at June 29, 2019