Another in our occasional series about children's classics and their creators... we look at the life of Anna Sewell, author of BLACK BEAUTY... 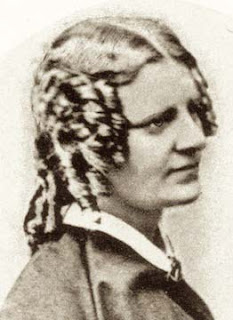 Anna Sewell was yet another literary lady who despite all that was against her, overcame the odds and managed to write a timeless classic. Overcoming injury, poverty and the hardships of being a woman author in a man’s world, Anna Sewell, author of BLACK BEAUTY, also became an influential voice on animal cruelty.

Born in Great Yarmouth in 1820, Anna Sewell spent most of her early life in London. Her mother, Mary Wright Sewell, was also a successful children’s author, but despite the popularity of her books, the family still couldn’t quite afford to send Anna and her little brother Phillip to school and educated them at home.

At the age of fourteen, Anna finally had a chance to attend school in Stoke Newington. However, on the way home from school one day, she slipped and severely injured her ankles. Due to the family's precarious financial situation, treatment for Anna’s injury was poor and she never fully recovered. For the rest of her life, she could not stand for very long without a crutch. She started using horse drawn carriages for greater mobility, which contributed to her love for horses and concern for their welfare. Anna also owed quite a lot of her inspiration to her mother, Mary, whose own books and beliefs looked at social issues such as the abolition of slavery and alcoholism. Anna would often help to edit her mother’s books, and so she gained invaluable experience of how to be a successful author. 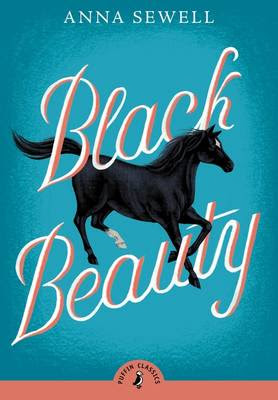 BLACK BEAUTY was Anna's only book, an emotional and hard-hitting story that showed the hardships and cruelties horses faced in Victorian society - it was clearly a labour of love. Written towards the end of her life, when she was an invalid and mostly bedridden, the payment upon publication was a flat rate of £40. The book is still one of the top ten bestselling children's books of all time. Although now considered a children’s classic, her original intended audience were those who cared and worked with horses. She wanted to inspire kindness, sympathy and understanding for them.

An American review of the book said: “We require use of this animal more than of any other, and either from want of though or ignorance we forget that the horse is a very fine and delicate animal, sensitive as man to pain and hardships and almost human in its sense of hearing and understanding…A horse lacks words with which to express its feelings..”

BLACK BEAUTY was published when Anna was fifty-seven years old, in 1877, though sadly she would not live long enough to see its great success - five months after its publication, Anna Sewell died of tuberculosis.

Cathy says:
Have YOU read BLACK BEAUTY or seen the film? It's very sad... it definitely made me cry as a child! Which children's classic do YOU love best? COMMENT BELOW to have your say!
at August 12, 2019