Ok, so not the REAL Mary Shelley… as in the author of Frankenstein, we’ve done that already... Cathy's daughter tells all about the inspiration for the adorable reptile character in CC's latest series the LOST & FOUND! 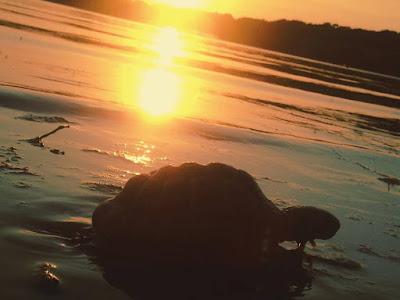 Who is she? What is she? Well, Mary Shelley (or Hercules as she sometimes likes to be called!) is a gender-fluid tortoise residing in Manchester. She is also the living, breathing inspiration for CC's recurring character of the same name in her new series! The fictional Mary Shelley first appears in LOVE FROM LEXIE, wandering into the garden of Lexie's new foster home after being lost for months from the student house along the street... and becomes Lexie's first 'rescue' and best friend. Mary Shelley features lots in CC's new book, SAMI'S SILVER LINING, out on 28th June, too - she goes to parties, picnics, travels on a train, goes to the beach... generally speaking, she's just being her very cool self!

The 'real' Mary Shelley used to belong to one of my friends and I was often asked to tortoise-sit while they were away on holiday. I like to think it was like leaving her with her “cool-aunt” and so I would take her on adventures to the beach, the countryside or to my parent's house. This is how my mum has become inspired and who can blame her? Mary Shelley is a heartbreaker! As it happens, recently she became my forever tortoise due to my friend's having a baby. They still visit her all the time, but simply didn't have time to look after two little creatures. And I am completely in love.

Mary LOVES to eat dandelion leaves and cherry tomatoes but her real weakness is for red bell-peppers - they are like an elixir to eternal happiness, in her opinion. My favourite characteristic about Mary Shelley is that she is unquestionably fast; you turn your head for one second and she's off into the undergrowth, leaving you to spend half an hour trying to hunt her down and subsequently burning the dinner on the stove. She is a free spirit and defies all previous impressions. 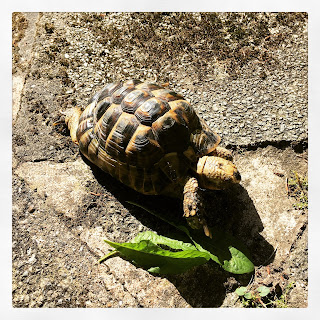 Mary is a rescue tortoise. A tortoise can live, on average, for around seventy-five years, making it hard for families to hold on to them - thus having a tortoise is a lifetime commitment and a family affair. Sadly there are so many unwanted tortoises around who have lost their homes... just like Mary Shelley did in LOVE FROM LEXIE, in fact. If you've fallen in love with the tortoise in the story - let's face it, who wouldn't - and are thinking about adopting one, there are many online sites to help you find a tortoise in need and help you to get up to speed on looking after one. Although tortoises are not native to this country, they can live pretty happily if they have a heat lamp, room to roam and good, fresh food.

Let's face it, tortoises are cool and Mary Shelley is cooler than most. And her favourite books? FRANKENSTEIN, of course, as well as LOVE FROM LEXIE and SAMI'S SILVER LINING!

Cathy says:
Aww... Mary is the cutest tortoise ever! She's also one of the most popular animal characters I've ever written about, so check her out in the books above! Do YOU have a fave pet? COMMENT BELOW to have your say!
at June 23, 2018