Reader Nikki tells us about her first experience of a music festival... complete with waterlogged tent! And yes, she's a convert! 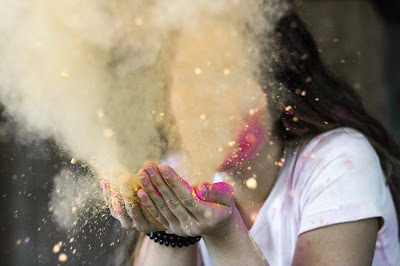 Nikki says:
I didn’t really know what to expect when I went to my first music festival, so I chose to start with one of the smaller ones. I went to Eden Festival in Scotland and after being told how dinky it was meant to be, I was blown away by the size of the place! I definitely think that I would have been overwhelmed at one of the larger festivals to start with, but this was a perfect size to start off with. There were thirteen different music venues on the site, almost all of the food stalls offered vegan and gluten free options and there were posters promoting recycling all over the place! It was amazing! Everyone was so friendly and inclusive, so we were all surrounded by the nicest atmosphere! Much to my delight, there was a whole array of circus equipment for people to try out - I had a great time, but I have learnt that the unicycle is definitely not for me! 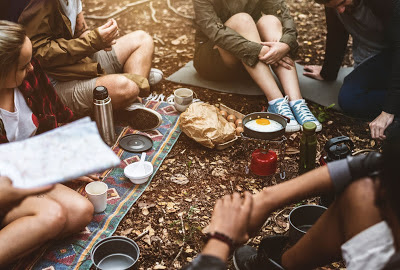 After exploring all there was to see, including 2 humongous stages and many different food and crafts stalls, we headed back to pitch our tent. I had never camped before and found that pitching a tent was surprisingly easy! We shared some of the food that we had brought and headed back out to listen to some music.

We started our music journey at a stage called Rabbie’s Tavern. It was one of the smaller stages, but I don’t think there was a single moment of the festival were it wasn’t jam packed! The music was wonderful, it was calm and folky and everyone listening to it seemed really relaxed and happy. We loved it so much that we ended up staying there all night and didn’t manage to see any of the other stages! We’d had a long drive and decided after a lovely evening, we wanted to get an early night, so we headed back to our tent. 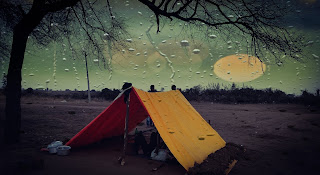 It was meant to be raining all weekend, but we managed to bring the beautiful sun with us, until we tucked ourselves in for bed and it started to pour. After about half an hour or so, we noticed that our pillows were a bit wet. After turning on a torch for closer inspection, we realised that our tent was not waterproof at all and there were puddles forming around the edges. Our pillows weren’t just a little wet, they were soaked! We grabbed all of our bedding and clothes and ran to the car, which was parked a few fields away. We tried our best to make a comfy bed in the car, but it was horrible! Just thinking about sleeping in that car makes my back ache!

In the morning, once we had eaten some breakfast, we forgot about all of that and headed down to the main stage to listen to some more music. We ended up falling asleep for half an hour or so before lunch and when we awoke we felt refreshed and ready for the day! 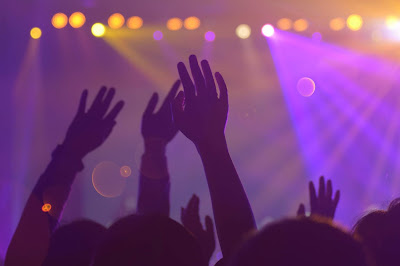 After lunch we went to the second largest stage to watch a man called Mr Motivator. He appeared on ITV back in the 90’s to motivate people into doing more exercise. Around a thousand people were gathered around this stage squatting and lunging while this sixty seven year old man put us all to shame with his athleticism and enthusiasm. People in banana costumes were weaving in and out of the crowd handing out bananas, and if I looked to my left, I could see a man dressed as a bear. If I looked to my right, I could see women dressed as fairies, handing out leaflets to try and prevent climate change. Dancing along to Mr Motivator was one of the greatest and weirdest moments of my entire life!

As we had no tent to sleep in, we decided to finish our day back at the small stage and head home early. I would definitely recommend a festival to anyone who is a fan of music and camping! I will always remember my time at Eden Festival and I can’t wait to do it all again next year!

Cathy says:
Wow... this sounds brilliant! Have YOU ever been to a music festival? What did you think? COMMENT BELOW to have your say!
at July 31, 2019