DO YOU SPEAK CHOCOLATE?

Lovely children's writer CAS LESTER tells us all about her newest book... and it's a total must-read! 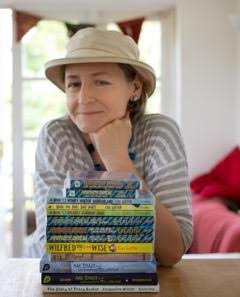 Cas says:
Imagine starting at a new school where you don't know anybody. I guess that might seem like a bit of a challenge. Now imagine that you don't even speak any English. Think about it -  standing around at break, being bombarded with questions you can't understand, and then, even worse, everyone abandoning you when they realise you can't actually talk to them. How gutting would that be?

But what if someone stayed, smiled at you, and offered you a piece of chocolate? Ah, well that might just be the start of a brilliant friendship! It's also the starting point for my latest book, DO YOU SPEAK CHOCOLATE? The story is about the friendship between Jaz and Nadima, who is a newly arrived refugee from Syria. 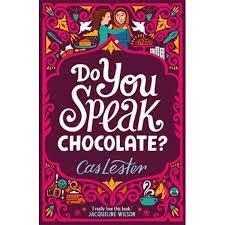 In fact, the story was inspired by a true story about a friendship between two real girls who were determined to become friends even though they didn't speak each other's language. They featured in a children's documentary I was cutting down for the BBC. Their friendship started with a smile.

Cathy says:
This sounds like my kind of book... well, I'm fluent in chocolate, for starters, and one of my most valued friendships was sealed over a shared slice of hot chocolate fudge cake! DO YOU SPEAK CHOCOLATE is out now... give it a go, and COMMENT BELOW to tell us about any other cool books you've read this summer!
at September 07, 2017