Reader Marti tells us about a fab fundraiser she's a part of, raising awareness for mental health issues... 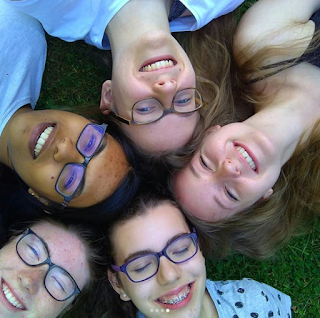 Marti says:
Hello! I’m part of a team of young people taking part in the NATIONAL CITZEN SERVICE programme, lead by FLYING FUTURES. The programme has helped us grow in unimaginable ways and taught us skills we would never learn in school. Through YOUNG ENTERPRISE workshops and inspirational talks by social entrepreneurs, we believe we have learned what it takes to positively impact our local community. Having asked members of the public about important issues in the community, we concluded that mental health issues deserved our attention. Throughout the next week, our team will be planning and taking part in a fundraiser for HARROGATE MIND. We wanted to educate ourselves on the issues those with mental illness face.

This has been challenging, but our team are so self-motivated, and are lead by an awesome team leader who is always going the extra mile for us. We’ve had lots of obstacles to overcome as a group, such as conflicting opinions and clashing characters, but we always overcome them knowing that our differences make our team even stronger! We have been overwhelmed by the generosity that has come our way - people are passionate about mental health and truly believe in the young generation of today, even if it sometimes doesn’t feel like it! We’ve had raffle donations from big brand names and have even been encouraged by the local police force! Our FACEBOOK PAGE has been steadily growing each day, reaching fifty likes after twenty-four hours, and eighty the next day! After all, Mental health is an issue that affects all of us, either directly or indirectly. 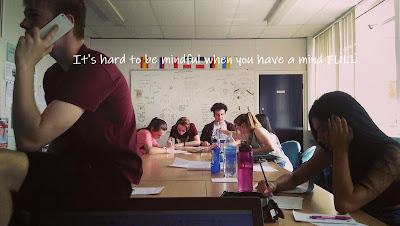 On Thursday morning, we were invited to a breakfast with HARROGATE MIND. The visit wasn’t easy - I spoke to one man who shared his story with the most beautiful vulnerability. He told us that he loves life and wouldn’t change his past for the world. I spoke to another man who told me that he liked magic, On the Buses and Barbara Windsor. I then got up to approach a woman sat alone looking lonely. I didn’t know whether she wanted company or whether she wanted to be alone but figured that the worst that could happen was rejection. As I told a worker at the centre later: I didn’t realise how much that rejection would hurt.  As soon as I reached her side and said ‘hello’, she picked up her plate and stormed past, muttering about me. I was hurt. I could feel her pain inside me. To feel so threatened and upset when others approach you is a circumstance I could only imagine. I went outside and prayed for that woman. I think being so highly sensitive was a struggle in a facility where others are struggling, but it made me feel so grateful for my own health. The man I originally spoke to came and sat next to me later and spoke the most truth I have ever heard. He told me that it was bound to be a shock coming to a place like this with no prior experience and that we were doing a good thing. 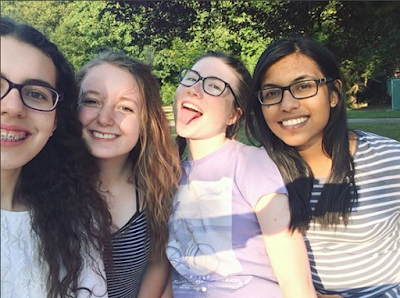 Our team is planning a number of fundraiser activities next week, including a live music event, talks by users of mental health facilities, a ‘Positive Mental Attitude’ wall, as well as a raffle and voluntary work with HARROGATE MIND. We’re hoping to raise funds to help refurbish a quiet space where members can take time out to talk and invest in facilities for their choir and art group. The people who use MIND drop in all seemed so grateful to have the facility and not one negative word was said about it. The project is run entirely on goodwill and donations, with no budget for materials. We are so honoured to have a line up of five bands who have agreed to play free of charge in aid of MIND and to have been encouraged by the local community. It would mean the world to the team and me for anyone reading to spread the message and share awareness of our FACEBOOK PAGE, where details of the event will be held. We are also in need of technical equipment so that our bands can perform, and of course publicity! Any help would mean the universe to us, and help us on our mission to lift the stigma from mental health!

Cathy says:
Wow, what a great initiative - I really admire the NCS programme and applaud what Marti and her friends are trying to do! I've already given their FACEBOOK PAGE a like... why don't you? Have you ever taken part in community service or a charity fundraiser? COMMENT BELOW to tell us more!
at July 28, 2018