Reader Kristen channels the life of Audrey Hepburn as her source of inspiration. Read on to find out why!

For beautiful eyes, look for the good in others; for beautiful lips, speak only words of kindness; and for poise, walk with the knowledge that you are never alone. 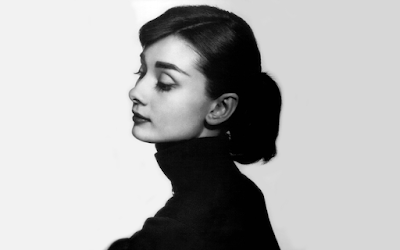 Audrey Hepburn. History remembers her as one of the most beautiful women ever to grace the earth, which is no small praise but I want to remember her as the amazing, caring woman she really was. Looks only go so far in my book, it is the actions and personality of a person that really matter. And she was special.

Audrey Hepburn was born in Brussels, Belgium in 1929. Her father was an English banker who, in the run up to the World War II, became very involved in Nazi politics. To avoid Audrey becoming mixed up in this, her mother sent her off to England to a boarding school. Here she developed her life-long passion for ballet. We wont mention her father too much more, because he deserted the family when Audrey was only eight, leaving her and her mother to fend for themselves. 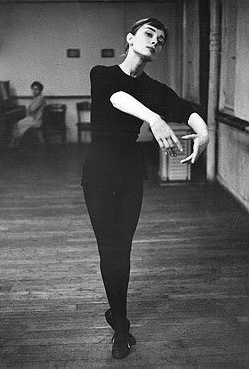 After boarding school, her mother took her to live in Holland where they waited out the harrowing years of World War II. Here, they struggled just to stay alive, often going hungry. They were forced to hide in cramped conditions with lots of other people and it is said she used to dance in the basement of their crowded building to earn money towards the Nazi resistance. Even back then, she was fighting the good fight! Unfortunately malnutrition and poor health left Audrey too physically weak to dance, crushing her dream to become a professional dancer. It was at this point she looked into the world of acting! Her first real hit was with Roman Holiday starring alongside Gregory Peck (I highly recommend this film!) She was an instant hit, going on to star in films such as Breakfast at Tiffany's, My Fair Lady, The Nun's Story, Sabrina, and many more.

In 1967, Audrey stopped acting for a while, focussing more on her family and started work for the international children's relief organisation UNICEF. She travelled the world, nursing sick children, teaching them to read and write. She visited an Ethiopian orphanage to help send food to impoverished children; went to Turkey and Vietnam for immunisation and clean water campaigns; Central America for aid efforts; and so much more. She remained so dedicated to her work with UNICEF that they made her the goodwill ambassador in 1988.

Despite her obvious fame and wealth she chose to live out her later life helping others. Choosing kindness over Hollywood exclusivity. We all have something to give but often it is those who are the most capable who ignore this. Be Audrey!

CATHY SAYS:
I LOVE Audrey too! She was so much more than just a pretty face, and her films are still iconic today. Who is YOUR female role model? COMMENT BELOW to have your say!
at July 01, 2018