We all require and want respect, man or woman, black or white. It’s our basic human right. 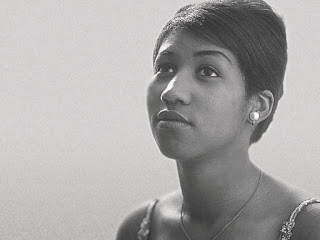 Queen of soul. Diva of divas. Musical goddess. The late, great Aretha Franklin was a true inspiration. But not only was she a legendary singer, she was also a civil rights and women’s rights activist.

She was born on 25th March, 1942. Her father Rev. C.L. Franklin, preached black-liberation theology at New Bethel Baptist Church in Detroit and was a close friend to Martin Luther King Jr. and other civil rights heroes. From the word go, Aretha was flung into the centre of the most important political fight of mid- 20th century America.  She was raised in the movement and would go on to help score it. As a teenager, Aretha toured with Martin Luther King helping to raise money alongside actors such as Harry Belafonte and Sidney Poitier.

It was a force within her, a fight she couldn’t let go. It stayed with her throughout her career, she even made measures to make her stance even more clear such as a contract clause stating she would not under any circumstance play to a segregated audience. Respect, Aretha. 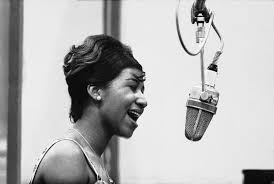 She started out singing gospel music at her father’s church as a child, an influence which never left her. She fused the old gospel and African American spiritual traditions with the blues, pop and R&B style of the 60s to create the template used by so many singers today. In 1967, Aretha released arguably her most well known song, a cover of Otis Redding’s Respect. This became one of the defining anthems for the civil rights movement, and was also embraced as a women’s rights anthem, with its unflinching demand: ‘R-E-S-P-E-C-T’. The universal power of this song is one that harnesses the awe of listeners still today.

She was a diva, sure, but she was a proud, black woman in an era which refused to respect her. And she came out and demanded it, not just for her but for millions. She understood how important it is to speak for the unheard. Relentless in her approach to social justice. She was one of a kind but let her inspire you. The world needs more Aretha Franklins.

CATHY SAYS:
I so agree... what a woman! She is a great loss to the world, but her songs will endure. Do YOU have a female hero? COMMENT BELOW to tell us more - or email me to write your own 'My Hero' piece for DREAMCATCHER!
at October 27, 2018