KRISS: SAVE OUR ENDANGERED SPECIES!

Reader Kriss is so concerned about the plight of endangered species she is campaigning to raise awareness... 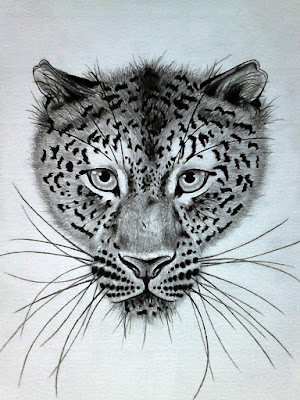 Kriss says:
Did you know that the Northern White Rhino is extinct in the wild and that only a few survive in captivity? That Polar Bears are endangered because of melting polar ice caps due to climate change? That elephants are hunted for their ivory tusks and have lost much of their natural habitat as humans build more towns and villages? That tigers are poached for their skins and parts that are used as folk medicine on the black market? That whales are still hunted for meat and for so-called scientific purposes, and that the pollution of our oceans threatens many species? That only 1,864 Giant Pandas exist in the wild?

Did you know that wolves once roamed through Britain and have been made extinct here? Luckily they still survive in some parts of Europe, but for some animals the picture is not so hopeful. Many of the animals that make our world so diverse and beautiful are on the verge of extinction because of human greed, pollution, habitat loss and global warming, and once they are gone they can never be brought back. In my lifetime, we could see the extinction of the Sumatran Elephant, the Leatherback Turtle, the Pangolin, the Western Lowland Gorilla, The Orangutan, the Amur Leopard and many more. All because humans cannot look after the planet and protect the environment, because we take what we want without a thought for other creatures and cause so much damage we put lives at risk. When I realised that one day the Orangutan or the Giant Panda could be gone, I was very sad. I wanted to change things, and I started to try to raise awareness. 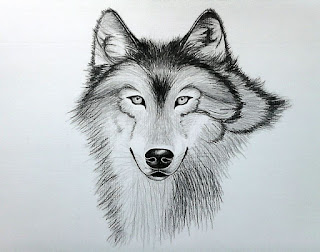 I started by copying Coco Tanberry's idea of a panda cake sale from COCO CARAMEL, and it went well, and a teacher talked to me about it and together we set up a lunchtime club at school called ANIMAL ALERT. There are a lot of members now, from all the years in the school, and our school collects bottle tops to help gorillas, and raise money for various conservation charities. We recently banned straws in the school canteen and got many cafes in town to stop using them because they pollute the sea and harm seabirds and turtles. We often don't realise that seemingly harmless things like a plastic drinking straw or the plastic that keeps a multipack of tins together or even a carrier bag are dangerous and often find their way into the sea or are discarded and picked up by animals who then drown, starve or suffocate. This September our club is doing a weekend litter pick at the seaside town twenty miles from here, and we have done several inland ones as well. We all tell our families to use less plastic and try to explain why it matters by having school assemblies about the subject.

It might not seem much but in just three years we have changed things quite a lot in our school and made people more aware of things. I will be going into Year Twelve in September and I am thinking ahead to university, where I want to study Environmental Conservation so that I can do more to help endangered animals and one of my friends from the club is hoping to study Marine Conservation. Bit by bit, we can change the world if we only care enough to try. I do - do you?

Cathy says:
I have huge admiration for Kriss and her friends, as they are making small but important changes in the world around them... I wish Kriss the best of luck in her chosen career. Do YOU care enough about animals to give up using plastic or work to help them? Is there another issue you care strongly about and want to see featured on DREAMCATCHER? COMMENT BELOW to have your say!
at August 17, 2017