STARTING YEAR SEVEN... WITH MY TWIN! 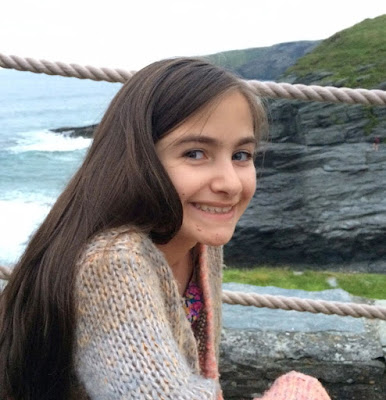 Lily says:
I'm so excited about Year Seven - my new school is just a few minutes from my primary, and all my friends will be going too. I even know some kids from older year groups because we've performed at the local theatre together! My twin brother will be in my tutor group so I'll be with him every single day until we hit Year Thirteen, but we won't have every lesson together. We get on OK and have similar interests, but we have our own groups of friends. Archie's best friend is going to a different school, so he's a bit anxious about finding new friends, but I think he'll be fine.

The school uniform is a brand new one that the school have designed, which is going to make everyone look smarter. I like the skirt but I'm not sure about the blazer - I tried mine on a few days ago and it's huge! Our dad works at the school and it's a bit weird because I think he's going to be my English teacher - I'm not sure until we get our timetables. Dad runs the after school drama club and school production and I'm going to be in that, so I'm a bit worried it'll be awkward - I think my dad is, too! 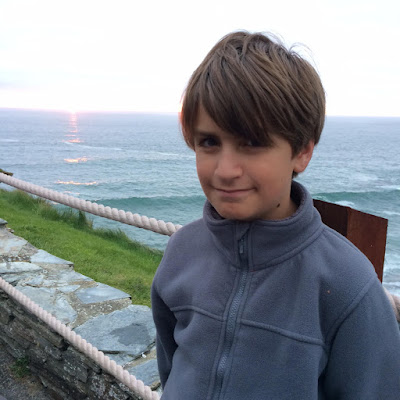 Archie says:
I feel mostly fine about going into Year Seven. We had transition days from primary which helped us get to know new people and find our way around the school, but I think I'll probably still get lost at first! we had a taste of different subjects - art, PE, music, science. I liked using the Bunsen burner to burn the magnesium ribbon. Also the canteen is awesome and I'm looking forward to buying snacks at break. We'll have way more subjects than at primary and I'm looking forward to that. I'm a bit worried about having to use a timetable and remembering where I'm supposed to be, as I'm not very organised! I'm looking forward to drama lessons, music club and the school play, and I want to join the orchestra and do lots of other clubs if I have the time.

I'll be in the same tutor group as Lily, which will be weird as we were in different classes at primary, but I think we'll be in different subject classes. My best friend is going to a different school so I'm a bit upset about that, but I'll be able to catch up with him at Scouts every week and I'll make new friends. Dad is a teacher at my new school, and that could be awkward at first, but he's one of the popular teachers so that's cool. I know other kids at the school who have a parent who teaches so I think it'll be OK! The one thing I'm not looking forward to? Lots of homework!

Cathy says:
I reckon Lily and Archie will have a brilliant time in Year Seven, but I'll be checking in with them in a couple of weeks to make sure! What advice would YOU give to them about starting Year Seven? COMMENT BELOW to have your say!
at August 30, 2017