SARA: ON THE OUTSIDE

Reader Sara shares her story of being pushed out of a friendship group and finding herself on the outside looking in... 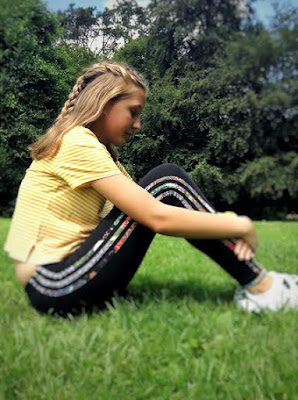 Sara says:
When Lucy joined our school halfway through Year Seven, everything changed. She was lively, fun, different to anyone else I knew, and she seemed to like me. Quickly, we became best friends and she joined my friendship group, where everyone else got on with her too. The first two months were great - I thought she was going to be my best friend for life, that she understood me totally and that I could trust her with anything. It all went wrong when I caught her stealing money from my mum's purse at a sleepover. Lucy was furious and tried to make out it wasn't what it looked like. She finally broke down and started crying, saying that money was tight at home and she was desperate. I ended up giving her some of my pocket money and I thought everything was OK, that we were closer than ever. 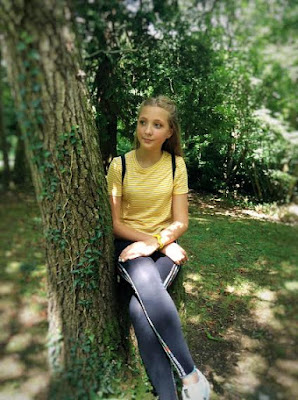 I was wrong. The next week at school, Lucy blanked me, and my other friends were acting strangely. I found out she'd told them I had stolen money from HER - and to my horror, people seemed to believe it. The people I had thought were my friends turned against me and suddenly I was on my own, with nobody to sit with in class or at lunch. It was a horrible feeling. I had always had friends before and never gave much thought to those who were on the outside - now I was finding out what it was like. Nobody from my old friendship group would listen or let me explain - they completely believed Lucy's version of events. I almost believed her myself, she acted the part of wronged, hurt friend so convincingly. Lucy was popular with the teachers too, and nobody seemed to think she was lying about it all. 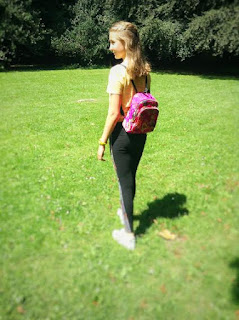 For weeks I was miserable, pretending at home that everything was OK and trying to act like I didn't care at school. I knew Lucy had turned on me because I'd caught her out, and I thought that eventually she would show her true colours and that people would see her for what she was. I talked a bit to one old friend about this, but she seemed to think I was bitter and trying to blacken Lucy's name. Things changed when Mum noticed how low I was, and though I couldn't tell her what had happened I did say I'd fallen out with my friends. Mum wanted to come into school to talk to the teachers, but I couldn't bear that idea. In the end, she made an appointment at the grammar school in town, and after some discussion and a short test paper, I was offered a place there starting in Year Eight. I was so thankful - it felt like a fresh start, and that was what I needed by then.

I have new friends now, but I keep a part of myself back because I find it hard to trust people. I sometimes see Lucy and the others in town, and I wonder if she is still fooling everyone. It looks that way. I am happy now, but I wonder if I will ever really get over what happened. Sometimes, life really isn't fair.

Names have been changed to protect those involved.

Fab photos by reader Casey; posed by model Martha. Thank you both!

Cathy says:
Friendships can go badly wrong, and not everyone is as nice as they appear to be. Although I wish Sara had told her mum and teachers the truth about what happened, I am glad she got the fresh start she needed. Have YOU ever had a major fallout with a friend? COMMENT BELOW to tell us more...
at August 20, 2017