'As a child, I scribbled; and my favourite pastime, during the hours given me for recreation, was to write stories...'

You probably know her as the woman who wrote the iconic novel Frankenstein but did you realise that at the tender age of nineteen, she all but invented the genre science-fiction as we know it today? Her creation has been chopped, changed, evolved and creatively re-imagined over time, giving us one of popular culture's most iconic horror personalities in the world. I thought she would be a great topic to write about for this blog because this is a space dedicated to inspiring young girls and boys to write and dream and never give up.

She was daughter to radical philosopher William Godwin and famed early feminist Mary Wollstonecraft, author of The Vindication of the Rights of Woman, so from the word go she was bound to create a stir. At the age of 16, she met the poet Percy Shelley, who was destined to change her life forever. 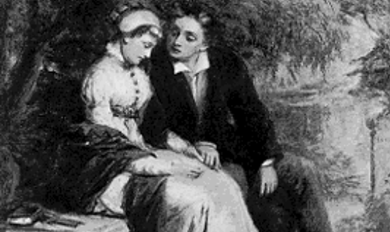 He was still married to his first wife when he and Mary ran away together to mainland Europe. They traveled for some time but their radical, bohemian lifestyle eventually came to an end when they ran out of money and faced the loss of their first child. It was while they were staying near Lake Geneva, in Switzerland that the idea for Frankenstein was first hatched. After a session of folk tales and ghost stories, their friend Lord Byron daringly challenged all present - himself, Percy, Mary, Mary’s sister Jane Claremont and friend John Polidori - to dream up their own horror story. Mary immediately began to hash out the first drafts of her brilliant and most famous novel Frankenstein. It was published in 1818 to great acclaim, eventually becoming one of the great classics and helping to create the horror/ science fiction genre in literature. 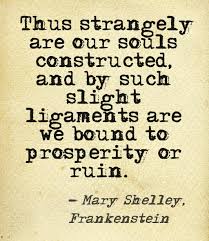 Eventually,  Percy's first wife died, allowing Mary and Percy to marry. Mary only had one surviving son, Percy Florence, the other three having died in childbirth, and in 1822, Percy Shelley himself drowned whilst sailing with a friend. Although Mary remained dedicated and prolific with her writing, her life was one of heartache and tragedy. This great sadness may have seeped into her writing… her own personal horror show.

Her feminist legacy is often overlooked when people name-drop famous female heroes but for me, this teenager who changed the course of literary history, out-writing her contemporaries such as Lord Byron and Percy Shelley, she is my hero.

Cathy says:
Mary Shelley is a character who has fascinated me for a vey long time... to live the rule-breaking life she did back in the early 1800s took great courage and conviction, and her literary achievements often out shadowed her more famous male contemporaries. Read more about the real Mary Shelley in Fiona Sampson's acclaimed biography, In Search of Mary Shelley, and check out my book LOVE FROM LEXIE to read about the cool tortoise character who shares her name! Don't forget to COMMENT BELOW to have your say!
at April 08, 2018