Reader Stefi writes about the inspirational fashion icon Coco Chanel and how she changed the course of fashion history forever.


A girl should be two things, classy and fabulous 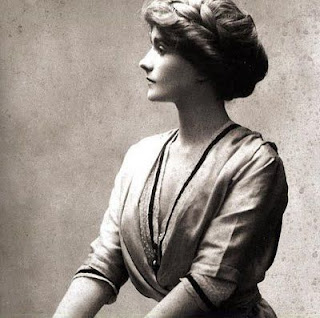 Fashion designer, revolutionary fashion icon and all round (YAS) queen Gabrielle ‘Coco’ Chanel changed the course of women’s fashion forever by designing non-contriscting clothes. In a retaliation against the corset she introduced loosely fitting clothing with a low waist-line so women could move around freely. This liberated the female silhouette,helped to create the iconic 1920s flapper look and launched Chanel on a career as fashion guru and legend. 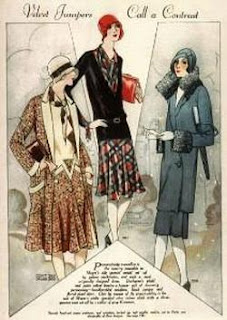 Coco Chanel was born in to abject poverty in 1883 as an illegitimate child. When Coco was just twelve, her mother died of tuberculosis, leaving her and her sisters with their father who shortly after chucked them into an orphanage and legged it to live the life of a pedlar. Growing up in a very strict Catholic children's home run by nuns seemed to harden Coco and spurred her on to take control of her life... and to rebel against all the strictness.

She developed into an eager, intellectual and dramatically beautiful young woman and found herself having love affairs with men who lived a far more privileged life than she had done. She first started her career 1906 when she met a French textile heir and racehorse owner who used his money to set herself up as a milliner. Arthur ‘Boy’ Capel showed her the life of a the upper-class, how they talked, lived and most importantly dressed! By 1916, Chanel had made such a success of her business she was able to repay the loan, and had branched out from hats into fashion design, helping to create the ground-breaking flapper look of the 1920s. 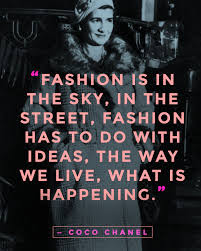 Her career spanned her whole lifetime, with Chanel acknowledged as a visionary fashion leader. Her most iconic looks are the Little Black Dress which has proved to be classy and timeless and one which generations of women have tried, tested and loved! It is said that the inspiration for this outfit came after the end of World War I when, for a vast majority of women, there was a need for mourning. Mothers, wives, sisters…most women were were directly affected by the death of a loved one. The black dress was also a celebration of simplicity in a time with so much chaos, and of course it proved to be an enduring and timeless design. 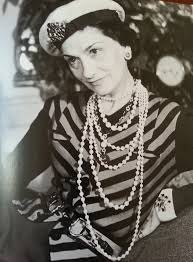 Her other well-known look is the Chanel suit - which consists of a collarless suit jacket and a slim-fitting pencil skirt, pearls and nautical shirt. This originated in the 1920s but remained an iconic design right up until the 1960s and beyond. She was also the creator of a number of perfumes, including the famous Chanel No.5. Chanel designed the clothes that took the women of the 20th century through their journey of increasing freedom, and they did it with style and class.

There are a few things about her personal life I don't admire, but in spite of this, from rags to riches, Coco Chanel was truly a force to be reckoned with. She inspires me to believe in myself and keep going when things get tough and one day hopefully design the kind of clothes that will become legendary too. Be your own woman, but do it with style!

Cathy says:
Chanel was indeed a fashion legend... and her influence remains strong even today. Do YOU have a female hero you'd like to tell us more about? COMMENT BELOW to tell us more and you might even be invited to write about it for DREAMCATCHER!
at April 14, 2018