HEARTACHE & UNTANGLED OAK TREES: LESSONS FROM GRIEF ONE YEAR ON...

A powerful blog from regular contributor Emma about the lessons to be learned from grief... 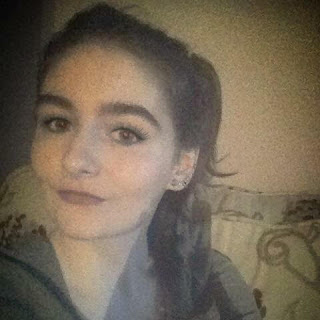 Emma says:
I've been writing features for DREAMCATCHER for almost two years - I normally write the 'How To Deal' series - but I rarely post about my own personal issues. However, in March last year I lost someone very close to me, someone truly extraordinary. My Nana had a consistently positive view on life, even when life threw everything possible in her direction. She raised fourteen children and adored her grandchildren, great grandchildren and so on. A year on, here is my personal reflection and the lessons I have learned...

- Gratitude for others is something that should be expressed more often. As I read over my prayer at my Nana's funeral, it made me far more appreciative than ever of her as a person, as well as others around me. Kind sentiments and notes of nostalgia shouldn't be reserved for funerals and eulogy readings. When I think about it, it's a shame the only time the entire family is in one place is for anniversary masses and funerals.

- Having people who care around you makes all the difference. In these situations, people don't always know what to say and often say nothing for fear of saying the wrong thing. However, there were times when the support of close friends and family were the only things that got me through. On the day of my Nana's funeral there was a family gathering in her memory. I felt as if nothing made sense, that the world was a jigsaw puzzle with pieces that wouldn't fit. As I sat there contemplating the irregularity of the earth, I got a phone call from a close friend checking in on me. The phone call lasted an hour or more. I didn't feel like talking to anyone: I was like Ariel in The Little Mermaid... I wanted to speak, I tried to speak, but I didn't know how. However, this particular conversation was the first time I had opened up since my Nana's death. It was the first step to my healing. - Grief isn't 'one size fits all'. That was a lesson I learned the hard way. I could get through a day thinking it had gone well, that I was managing, then have a nightmare about my Nana's death that same night. The nightmares went on for months on end, and even a year on they still sometimes make an appearance. I had a stereotypical idea of how healing is meant to work, but from my own journey I learned that this is different for us all. I remember sitting in my Religion class not long after it happened, learning about the various stages of grief. I remember getting really angry, because as far as I was concerned it couldn't have been further from the truth. It made me feel like I wasn't 'doing it right' - or that 'they' were lying somehow to soften the blow. In fact, everyone's experience is unique and is to be respected. I know I sound like every 'self help' pamphlet out there, but it does get better. With the daily ups and downs, yin and yang, I wasn't sure I would ever completely heal. The truth is that isn't about completely healing, it's about moving forward and honouring your loved one by doing the best you can as a person. I know my Nana would have wanted me to be happy, make the best life possible for myself and to know that nothing is impossible. Impossible was not in my Nana's vocabulary! She believed that as people we were capable of anything... barriers could be broken, a stumble didn't mean it was the end of the journey and even oak trees could be untangled.

Cathy says:
Thanks Emma for a beautiful and wise post on handling grief... and being kind to yourself in the process. Have YOU ever had to cope with grief or bereavement? COMMENT BELOW to share your experiences...
at April 03, 2016