PRERANA: I LIVE IN NEPAL!

Reader Prerana tells us what it is like to live in the Himalayan country of Nepal! 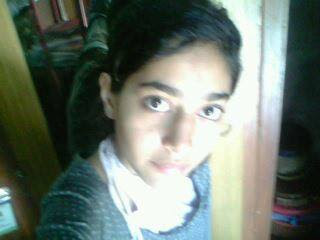 Prerana says:
I am fifteen years old and I live in Nepal. I live in a small house with my parents and my brother, in Kathmandu, the capital city. I study at a girls-only higher secondary school nearby. We have a school uniform... a light blue shirt, a dark blue skirt and dark blue socks. A white shirt with white skirt and socks is also allowed! I go to school from 7.45am until 4pm, which is quite a long time. The teachers are very friendly and rarely strict - I love my school! Computer science is my favourite subject.

The climate of Nepal is very changeable! We are a tropical country but we can have summer, winter, spring and rainy season all one by one. The rainy season starts in March and goes on until July - in theory! In fact, it comes randomly and can be very unpredictable. Uncertain weather is a part of life in Nepal, or maybe it's global warming! Sometimes it rains in the rainy season, sometimes it doesn't. Sometimes it gets really, really hot, and in the cold season there is snowfall in the mountainous regions. A while ago we had a massive earthquake here. It was really horrible, 7.6 on the Richter scale. It did not affect me personally but the earthquake did great damage in Nepal and many people lost their lives and their homes. 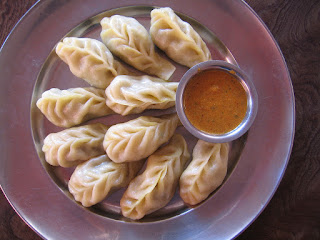 We have a few national dishes which are regularly eaten in Nepal. Most of the people in the hilly regions eat a dish called Dheedo, which is made from corn flour. Sisnu Ko Saag is popular also, a leafy green vegetable that grows wild. It is also known as 'nettle greens' and is related to the nettle plant. Gundruk, another popular dish, is made from fermented leafy greens and is served as a side dish. Momo is a very popular meal also, and is a type of steamed or fried bun or dumpling with a flavoured filling of meat, cheese or vegetables. 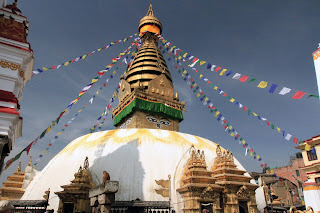 There are many religions in Nepal, with Hinduism and Buddhism being the most widespread. There are many festivals celebrated, according to the specific religion - Dashain is a fifteen day festival which is celebrated by all Nepali people of whatever religion; soon after comes another big celebration, Tihar. The many festivals make us come together and unite as a people, and also of course, forget our anxieties and feel loved and blessed as we celebrate.

Clothes in Nepal are a mixture of traditional and modern. Most Nepali styles of dress are worn according to the religion of the wearer...  the saari, the dhoti, the haaku pataasi... they are cultural forms of clothing. Most people only wear their cultural dress for special occasions such as festivals, however. In casual everyday life, jeans, t-shirts and western styles are often worn. 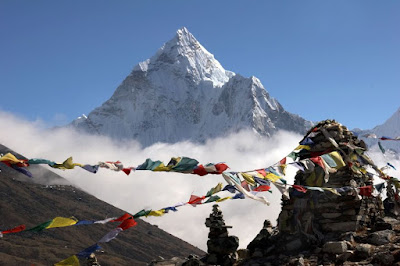 There are so many interesting things to do in Nepal... so much culture, so many festivals and places of natural beauty. Pokhara is a place that cannot be missed... you can see the famous Devil's Waterfall there and also some interesting caves. A place called Lumbini is important as it is the birth place of the Lord Buddha, and if you travel to Swayambhu you can see the tallest statue of the Lord Buddha in Asia. There are many other famous temples such as Janaki Mandir and Pashupatinah. Nepal has some amazing natural scenery, such as the Annapurna mountains and the Himalayas, home to the highest mountain in the world, Mt Everest.

I love Nepal because it is my birth country and also because it is full of amusement, beauty and interest. In the future, my dream is to help to develop my country and contribute all I can for the welfare of its people.

Cathy says:
I am lucky enough to have been to Nepal, many years ago. It was one of the most stunningly beautiful places I have ever been to, and the people were so gentle and lovely I have never forgotten the time we spent there. Would YOU like to travel overseas? Would you visit Nepal? Or are YOU a reader from outside the UK would would like to write for DREAMCATCHER about your country? Email me though the link on my website, www.cathycassidy.com or COMMENT BELOW to have your say!