Reader Marie talks about her hopes and fears for the years ahead now that Britain has come out of the EU... 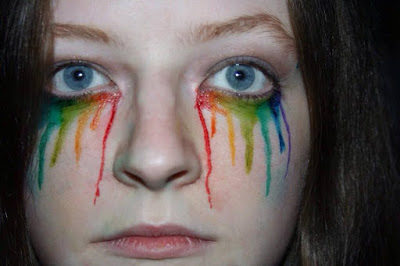 Jodie says:
My dad used to joke that I had the soul of a nomad, just like him. As a child we travelled a lot and once lived for a year in Italy and two and a half years in Greece. I grew up thinking the whole of Europe was my home... I have an Italian grandmother and we still have lots of friends in Greece. When we lived there we were on an island called Crete and we ran a small hotel and taverna for tourists. So I grew up knowing how to speak Italian and Greek, and then at school in the UK I learned French too. Languages fascinate me, and I knew that I wanted to study them at uni.

I think because my parents were adventurous and liked to travel, I always thought that was normal and it was something I knew would be a huge part of my life. I imagined growing up to live in different places, like Andalusia in Spain or the Basque country, and the Greek islands and Albania and places like Serbia and Latvia that I had never visited but just sounded so cool. I thought if I studied languages I could be a translator, like the people at the European Parliament in Brussels who translate everything the MEPs say, or maybe work in the tourist industry. 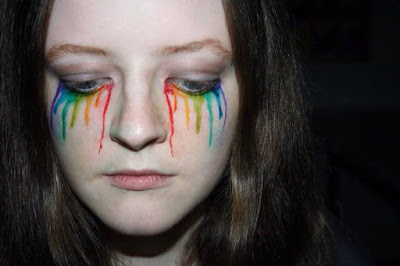 I'm studying A levels now, in Spanish and French, but my plans have fallen apart. I wanted to study at a uni where part of my languages course could take place in a uni in Europe, but some of these courses may not happen now because of Brexit. My brother's girlfriend is Spanish so I am worried she won't be allowed to stay here, and my sister works in Italy and we don't know if she will be allowed to stay there. Lots of people at school say it's silly to worry and things will go on as before, but I think things have changed. I used to look at Europe and feel a part of it, and now I don't, and I don't even know if my grandmother can stay here in the UK because everyone is talking about sending immigrants back.

I used to be European, and I felt like the culture and life and rainbow colour of Europe was mine. Now it seems I live on a small, grey island which is scared of everyone else and is pushing away its closest friends and neighbours like a moody child. I don't recognise the place I live anymore, and the future I had planned is all ruined.

Marie is a pen-name - the writer of this blog asked to be anonymous.

Thank you to amazing young photographer Ellie for the fab images; and to brilliant model Niamh!

Cathy says:
I've had quite a few messages and emails from readers worried about how Brexit may affect their futures, so Marie is not alone in being concerned. Her blog is moving and poignant, and I very much hope that she will still get to have the future she dreamed of, and that her family can stay together. Has Brexit made an impact on YOU? COMMENT BELOW to have your say.
at April 13, 2017