Reader Sophie explains why music is such a big part of her life, and what it means to her... 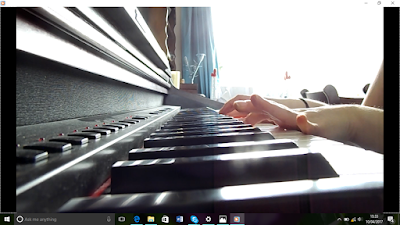 Sophie says:
I cannot remember when I first played piano, but I must have been around the age of five. My mum taught me the piano until I was eleven, so during this time I didn't achieve any grades or perform much, just played for myself. I loved - and still do - the feeling of achievement of mastering a piece, especially a difficult one. When I was seven, my primary school music teacher gave an assembly on the different instruments he taught, and I decided I'd like to play the flute, as my mum once had. Mum thought I should consider the saxophone, something she'd always wanted to play, but I had chosen the flute and that was that.

I played both instruments without much focus until I reached high school. There, I suddenly had more opportunities to play to an audience. I began having piano lessons with a teacher so I could start doing grades, and played in several concerts over the next few years. I achieved grade five in flute and grade three in piano, and I'm currently in Year Eleven and working on my music coursework for GCSE. I love it! I am almost always sat at the piano playing something - I tend to annoy the other s in the group as they're sick of hearing me play the same pieces! 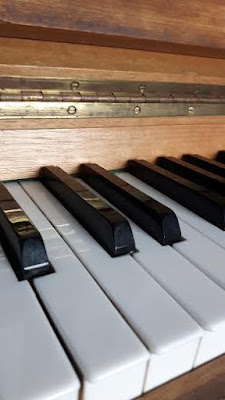 Playing flute and piano is a great stress reliever. I often go to the piano to play after a long day at school. I don't always practise the pieces I'm working on, I just play what I feel like playing, sometimes a classical piece and other times the chords for a pop song I enjoy. Playing two instruments from a young age has given me a great work ethic. The only way I improve ay a piece is by playing a small phrase again and again, until i can play it in my sleep. I transfer this tactic to other things, too. I study best for tests by doing loads to practise questions, and when acting or dancing I go over small chunks over and over until I get it right. I know this will help me in the future, which is very reassuring.

I'm not sure what the future holds for me, but I don't plan to play either flute or piano professionally. I don't even know if I will take A level music next year; it depends on which career path I choose to take. However I DO know that I will not stop playing, and that I shall love music forever.

Cathy says:
I love this! Sophie's passion makes even a diehard non-muso like me want to pick up an instrument and make some music! Do YOU have a secret musical skill? COMMENT BELOW to tell us more!
at April 13, 2017