Reader Sara looks at the history of chocolate and why we love it so much! 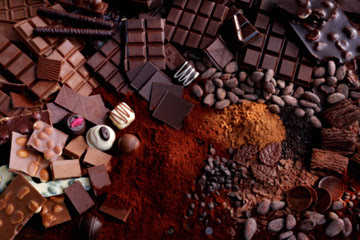 Sara says:
Cacao, the raw form of chocolate, has been cultivated for more than three millennia... the earliest evidence of its use os Mexico and Guatemala, where chocolate drinks were being used as long ago as 1900 BC. The Maya and Aztec peoples made xocolati (bitter water) into a drink from cacao beans that were fermented, dried and roasted.The resulting cocoa mass is the basis of the chocolate we know today. 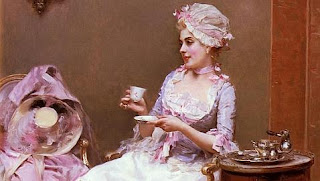 The Maya and Aztec people used chocolate in ceremonies, and the cacao bean was used as a kind of currency. The first Europeans to come across chocolate were Christopher Columbus and the Spanish conquistador Cortes, and by the late 16th century chocolate was becoming popular in the Spanish court. It then spread slowly throughout Europe. In the 18th century, chocolate was very popular, but as a drink, not as a food. By the early 19th century, chocolate had been made less bitter and milk chocolate was invented, creating a much sweeter tasting product. Chocolate companies like Frys, Rowntrees, Cadbury's, Nestle and Lindt began to build the production of the chocolate that we know today. 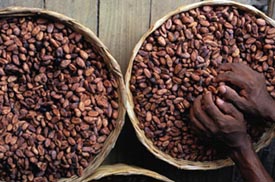 Today, much chocolate production takes place in Africa and it has been shown that child labour is often used to pick the cocoa beans, and that human trafficking and slavery of the child workers is a big problem. It is worth paying extra for FAIR TRADE chocolate to know that it has been produced fairly. We still need to make sure that children are not being exploited so we in the west can have our sweet treats, but I think there is still quite a long way to go - this is the bitter side of chocolate, but it is important to know how our chocolate is made and to let the companies know that we care.

Chocolate is a source of flavonoids and alkaloids which have some health benefits, but too much chocolate is not good as most types are high in fat and sugar. Chocolate is a big part of many celebrations (such as Easter!) and is one of the most popular treat foods we have. Could you live without it? I'm not sure I could!

Cathy says:
Sara raises some very good points about how our chocolate is made... perhaps we need a blog post all about the child workers? Which chocolate is YOUR favourite? COMMENT BELOW to have your say!
at April 17, 2017