TILDA: MY BOYFRIEND'S DAD WANTS TO BREAK US UP...

It's problem page time again and reader Tilda has a very tricky issue to sort out with her long distance boyfriend. HONEY TANBERRY, well-used to long-distance love, has some strong advice...

Tilda says:
My boyfriend and I are in a long-distance relationship and everything was going well... until his dad began handing out some unwanted advice. He seems to think it 'pathetic' that his son is faithful to just one girl and tells him he should be playing the field, cheating or at least finding a girlfriend who lives closer. My boyfriend has no intention of taking this advice - he's just not like that - but recently his dad has stopped us from meeting up in the holidays for four weeks as planned and told us to settle for two weeks instead. He then tried to ban us from seeing each other altogether, and after my boyfriend's mum stepped in a compromise of ten days was reached. This has really upset me, and knowing my boyfriend's dad disapproves is hurtful, too. 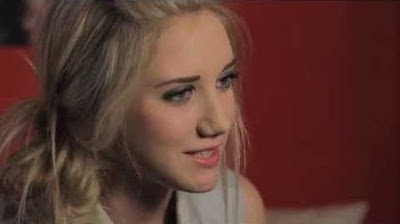 Honey says:
You don't say how old you are, but whatever your age, remember that parents won't be calling the shots forever. Do your best to ignore this - if you allow the comments to get to you, you hand power to your boyfriend's dad and give him way more attention than he deserves. His comments are sexist and outdated, and I wouldn't be surprised if he's having some kind of mid life crisis and remembering is own (probably very tame) teenage years. It's not easy to keep a long distance relationship strong (it was horrible being away from Ash), but you two are doing a great job of it - don't allow insecurity or resentment to derail you now. One point - I can't help wondering why your boyfriend feels the need to tell you all of this, when it is bound to upset you. I suspect you're so close that you tell each other everything, but at this point your boyfriend needs to blank his dad's crazy comments and stop giving them airtime, or the negativity will begin to undermine your relationship. Focus on the bond between the two of you and ignore the background noise - if your boyfriend's dad realises nobody shares his opinion, he'll hopefully stop laying down the law. Good luck!

Cathy says:
Excellent advice from Honey, and as usual she doesn't hold back! What would YOU advise Tilda to do? COMMENT BELOW to have your say!
at July 12, 2017