Reader Niamh writes a powerful, heartbreaking first hand account of what it was like to survive the terror attack at the recent Ariana Grande concert at the Manchester Arena... 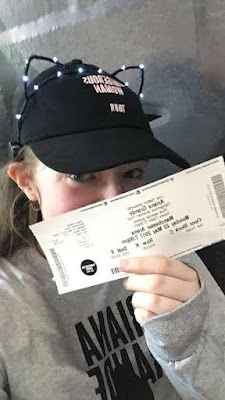 Niamh says:
The 22nd May 2017 was supposed to be the happiest day of my life, the day I saw Ariana Grande live in concert. From purchasing the tickets in October (a reward for my A* on science in Yr 10 as well as working hard for my GCSEs) I couldn't contain my excitement in the months that followed. I adore Ariana and to see her live would be an incredible experience.

In my head I can still hear it, the horrific explosion, the moment of shocked silence and the scream of sheer terror which followed. The scene was chaotic as attendees in the stands fled in all directions, panic on every face. My mother and I had floor seats and were standing next to the security at the stage barriers at the time. We had gone to retrieve some Ariana 'Greedy Money' which had fallen during the performance, as a collectable and a souvenir. I believe this choice saved us that night and I will always consider those dollars to be my lucky charms. 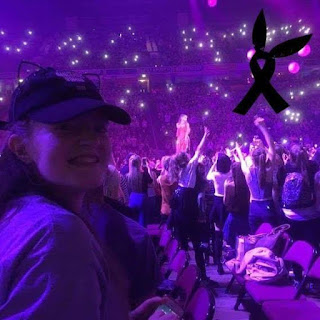 So many thoughts raced though out heads. 'Was it a gun?' 'Was it a bomb?' Or, 'Was it simply a giant pink balloon that has burst?' None of our questions were answered. 'Get on the ground,' we were told, so we did, crouched together on the floor of the Manchester Arena, still so very unaware of the exact situation we were in. We can't have been on the floor for more than five minutes, but the paralyzing fear made it feel like an eternity. Eventually we were instructed to leave the arena and joined a crowd exiting the venue who were just as confused and frightened as we were. My phone was flooded with messages of 'Are you OK?' and 'What's happened at the arena?' 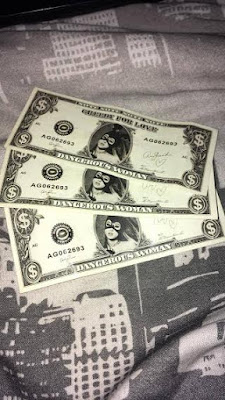 I didn't know exactly what had happened until almost two hours later in the car going home, when a voice on the radio said the words which made my heart drop and sent me into floods of tears: 'Fatalities confirmed.' I was distraught and utterly heartbroken. I could not comprehend how people who were having the time of their lives just hours earlier now had no time left. I still can't.

I got no sleep that night. I stayed up until 3am watching the news as it revealed new horrific details about the attack. I tried to sleep, but every time I closed my eyes the scene replayed in my head, leaving me shaking and indescribably upset. In spite of this, I attended school the next day. I had the option of staying home, but I didn't want to sit at home and think about it... school would distract me. In addition to this, I knew there were people at school who would want to see that I was safe.

I bawled on Tuesday. Barely cried on Wednesday. Broke down in History on Thursday. 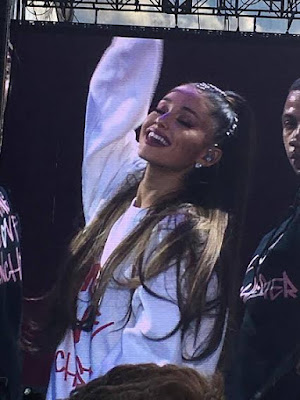 I honestly believe I was in shock initially. Somehow it was easier to talk about in the first few weeks than it is now. Of course, as the days, weeks and months pass it is getting easier, but it still breaks my heart every single day when it makes its way to the forefront of my mind. I believe it always will. My heart breaks for the twenty two angels and their families, always. There are no words to describe how unfair it is to them. There never will be.

As I write this, it is two months on, 22nd July 2017, and I am getting better. Since this dreadful night, I have fallen more in love with the angel that is Ariana Grande for her bravery, love and generosity, considering she must be finding it just as difficult (if not more so) to comprehend as any of us. I have fallen more in love with her music too... there are so many lyrics which have inspired strength and hope in me during this difficult time. I was lucky to attend the One Love Manchester benefit concert on June 4th, which was probably the most amazing night of my life. Despite the circumstances, it was an incredible show put together by Ariana, and it showed the world that love is the most powerful thing we have and it will always conquer hate. Always.

Cathy says:
Words can't even begin to express the courage shown by those who survived the Manchester attack, and those who lost loved ones that night, but Niamh's post is searingly honest and hugely moving. All I can do is send my love and respect to Niamh and all who went through this ordeal, and to commend their strength, bravery and the love and hope they have shown in the face of such fear and trauma. If you'd like to add your own words of respect and comfort, COMMENT BELOW.
at July 30, 2017