ANNA: IT'S TIME FOR THANKSGIVING!

Reader Anna tells us why she loves Thanksgiving - and what the celebration actually involves! 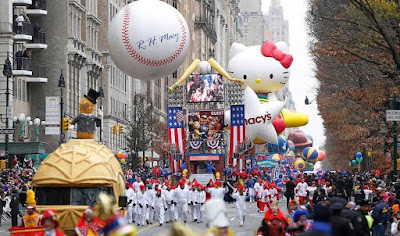 Anna says:
Christmas is coming and I absolutely love Christmas... but first I want to tell you about the American celebration of Thanksgiving! The very first Thanksgiving was celebrated by the pilgrims - the first European settlers in America - after their first harvest in the 'New World' in October 1621. The feast lasted for three days, and as reported by one settler, Edward Winslow, it was attended by 90 Native Americans and 53 pilgrims. Thanksgiving is celebrated to this day in the USA, a unique and special way of showing thanks for the things we have and love.

These days,  there is always a huge Macy's Thanksgiving Day Parade in New York, with giant character balloons and floats and celebrities and broadway shows. Macy's is a big department store in New York! My absolute favourite bit of it is the Sesame Street float, which has the cast of the Muppets and Sesame Street, and every year they sing a special song. Millions of people all over America watch the parade on NBC on TV and millions go to New York to see it for real, too! I watch the parade on YouTube, but I'd love to go along in person one day! 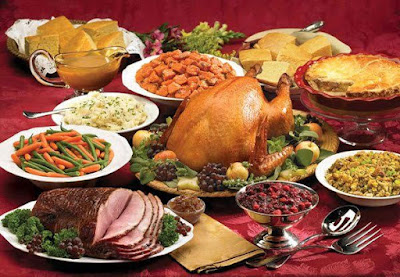 The actual Thanksgiving Dinner is pretty amazing. Millions and millions of families in America really love each other and care about each other, and Thanksgiving is a way to celebrate that. The centre of the celebration is a big dinner which usually includes roast turkey and stuffing and pumpkin pie, and people give thanks for everything they have and love. I'd like to wish my dearest friends - whether they are American or not - a very happy Thanksgiving!

Cathy says:
Thanksgiving seems quite alien and exotic to us Brits, but the idea of giving thanks for what we have is a brilliant one! What would YOU give thanks for in your life? COMMENT BELOW to have your say!
at November 23, 2017