Reader Eleanor explains why she chose to cut her long hair for charity... an inspiring story! 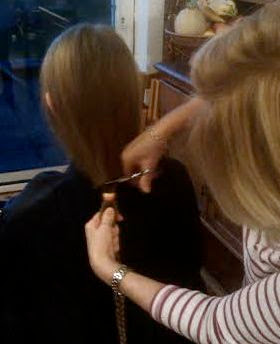 Eleanor says:
A few years ago, a friend of mine cut off most of her hair to be donated to the Little PrincessTrust, a charity which provides free wigs for children who have lost their hair through cancer treatment. I thought this was an amazing idea. My own hair was getting quite long and I wanted to keep growing it, but I felt pretty sure I would want to do the same thing at some point in the future. Years passed and my hair grew and grew , and I decided that when it was long enough to sit on, I would have it cut. 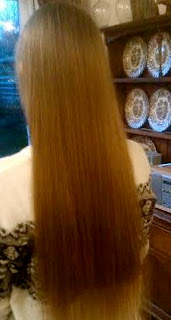 It occurred to me that I didn't have to simply just donate the hair - I could also use this opportunity to I had not done much for charity up to this point, but always wished I could - and here was a perfect opportunity. I wasn't sure which charity to fundraise for, however - there are so many that deserve support and I wanted to help them all.As I wasn't doing anything quite as dramatic as actually shaving my head, I knew I wouldn't be able to raise enough to divide between multiple charities... but how would I choose?

At this point, a woman called Victoria came to speak to   year at school. She was from a charity called Mercy Corps. which provides both short-term and long-term aid to countries struck by crisis, and are currently helping in more than forty countries. The charity has been helping with the refugee crisis recently, providing resources and aid for those in need. One thing that is very important to Mercy Corps is that the vast majority (93%) of their field staff are native to the countries in which they were working, which provides local knowledge of the language and culture. All of this really interested me, and I knew I definitely wanted to help! 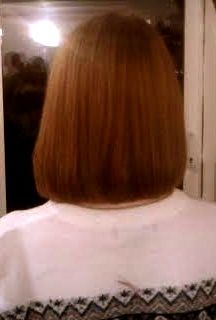 At a talk I attended by the Mercy Corps director of North Syria and Turkey, I saw Victoria again and told her about what I was doing. This ultimately resulted in me invited for a tour of the Mercy Corps HQ  along with another girl who had asked for her Christmas present money to be donated to Mercy Corps instead (wow!!). It was amazing to find out what they do and to meet some of the UK-based staff. It made me certain that I'd chosen the right charity to support!

In the end, I didn't grow my hair long enough to sit on, not quite, but it was getting to a point where it was barely growing any more and if I'd left it much longer it may not have been in good enough condition to use. Still, it was pretty long! The big chop happened in december and when I measured the plait afterwards, it was 45cm, or over one foot, five inches! I have also managed to raise £184 so far for Mercy Corps, but my Just Giving page is still open so this is not a final amount. I am really proud of what I achieved and glad I was able to do something to help two very deserving charities.

You can find out more about Mercy Corps here...
Or donate to Eleanor's Just Giving page here!

Cathy says:
I love Eleanor's idea of raising money for one charity while donating her long hair to another! Have YOU ever done anything amazing to raise money for a good cause? COMMENT BELOW to have your say!
at February 28, 2017