LAURA: IS FEMINISM A DIRTY WORD?

Reader Laura looks at what feminism means and why we shouldn't be afraid to embrace it! 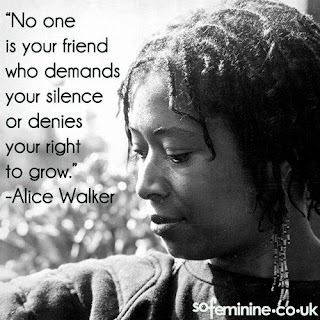 Feminism can be seen by some as a 'dirty' word - but do you actually know what it means? By definition: 'the advocacy of women's rights on the ground of equality of the sexes.' In short, it means equal rights for men and women. Sounds simple enough - but sometimes the media can spread a different message. Feminism can be seen by some as a 'women over men' ideology, which it is NOT, and some are put off using the word for this reason. In a 2014 interview, INSURGENT actress Shailene Woodley said she wasn't a feminist because she didn't believe in the idea of raising women to take power away from men. A year on, she repeated that she doesn't wish to be seen as a feminist because she sees it as a label, and 'Why do we have to have a label to divide us?' It's OK to appreciate people's different views, but the word feminist should not create a 'divide'. It is simply the desire for equality between men and women. Far from dividing us, it seeks to close the divide! 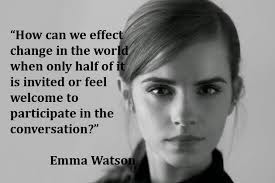 Sadly, feminism still has a stigma attached to it, much like mental illness. People don't want to be linked to it and many still don't understand. Recently at my school, when our mixed class watched Emma Watson's #HeForShe speech, some male students commented 'Women aren't better than men,' and 'There is no divide... it's not true.' Some people are blind to the facts because they have never experienced that inequality personally, but as Emma Watson later said, 'If you stand for equality, you're a feminist. It's an equality club.' And that's what men and women need to know - equality is for everyone. 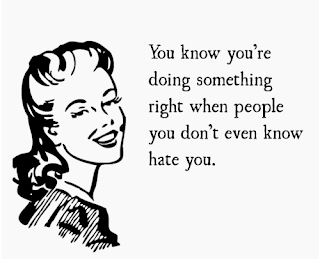 Feminism doesn't have to mean running around the streets in protests and rallies, but it does mean to support and empower each other, men and women alike. Feminism doesn't have to be outrageous or scandalous. What we need to do, in the name of feminism, is to create change. In March 2015, the pay gap in Australia rose to 18.8% - that is, men earned 18.8% more for doing the same job. How can a pay gap still exist when that debate has been going on since the 1970s?

If you choose to be a feminist, you don't have to make drastic plans to change the world (although you can!). You DO have to be mindful about spreading the right message in an age when the meaning of feminism has been twisted by those who'd rather keep things as they are. Feminism is about uniting men and women to harmonious equality, inside and outside the workplace. Isn't that something we can all agree on?

Cathy says:
This is something I feel very strongly about... I am proud to call myself a feminist and in no way am I a man-hater, or someone who believes women are better than men. I just want a fair and equal world! Do YOU call yourself a feminist or is it still a bit of a 'dirty' word to you? COMMENT BELOW to have your say!
at February 05, 2017