Readers get arty, inspired by their favourite CC character... and explain why they like them so much! 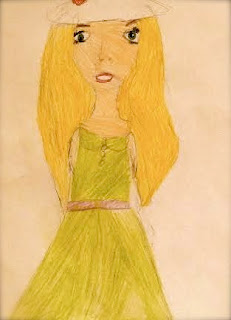 Lucy says:
I decided to draw Skye Tanberry as she is my favourite character from all of Cathy's books. I love her vintage style, and the fact that she has developed it more since finding the trunkful of 1920s dresses in MARSHMALLOW SKYE! I can really visualise her and imagine what she might be like as a person. Skye is a true individual who is full of imagination and lives in her own world of dreams. She does not care what other people may think of her style, and that's what I like about her… she may be shy and dreamy, but she is strong too! I love drawing as I can express my feelings and imagination in what I draw. I can get lost in my own world. It was fun to draw Skye! 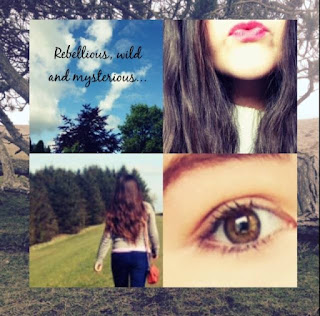 Georgina says:
Although I love all CC books, SCARLETT has always been my favourite. I think it's because most of the novel is set in Ireland, where I live, so I felt more connected with the book and with Scarlett. I love how rebellious and wild Scarlett is - she's totally different to me, so I found it fascinating to learn about her thoughts and personality. Because I am such a fan of this novel, I decided to make my own personal piece of fan art using photos I had taken myself. It was fun pretending I was Scarlett for a little while; I felt like I was in the book! Making the collage was something cool to do over the school holidays - I used my iPhone and a photo editing app downloaded from the app store. Now I've made one, I hope to try many other character collages in the future! 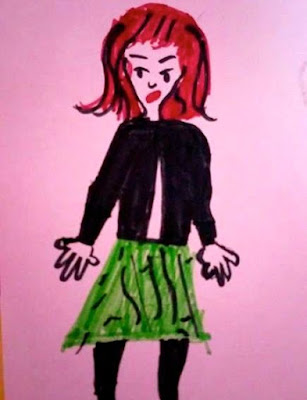 Al says:
SCARLETT... what can I say? She is my favourite CC character. Behind her harsh actions and words there is really so much more to her... she is very mysterious. I don't want to give too much more away, but of course you can read the book if you want to know more about her! It's a very dramatic story. I'd like to say I was a little like Scarlett, but actually I am quite the opposite... my teachers and I get on great and I am never in trouble, luckily! I love drawing so it was fun for me to sketch Scarlett... I used felt pens and aimed at a comic book illustration kind of look! I also wanted to capture her rebellious nature... I think I have managed! 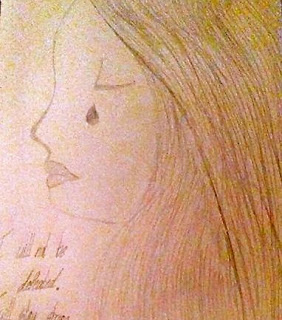 Francesca says:
Honey is my favourite CC character - I like that she has strong opinions and sticks to them, and that she does finally sort out her problems. I don't like the way she lashes out, but she does accept her mistakes later on, which is something. She has a sadness about her... she has always wanted her dad to notice her, and when he finally does in the book SWEET HONEY, she sees that he is not the person she thought he was. Like Honey, I can have a quick temper, but I am getting better at controlling it! I love drawing, and as I sketched the image made me think of Honey, so I tried to capture her sadness and personality in it. To make the picture, I just used a pencil, an eraser and my imagination!

Cathy says:
I LOVE these creative artworks based on my characters... how cool? I love the contrast between the two pieces inspired by SCARLETT! Have YOU ever drawn a pic of your fave CC character? Email your pics though the 'email Cathy' link over on www.cathycassidy.com and I will put the best ones into a blog like this one!
at February 02, 2017