Reader Hayley writes about a friendship gone wrong, and how she found the courage to walk away from it... 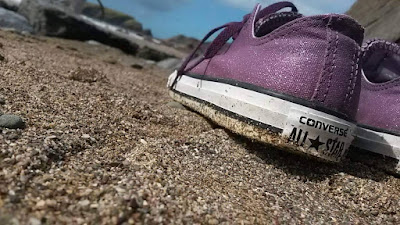 Hayley says:
I met Lucy and Yasmine on the first day of Year Seven. My family had moved to a new town because Mum was starting a new job, so I'd been anxious about making new friends and I was over the moon to meet Lucy and Yasmine because they were confident, fun and cool. I quickly found myself pulled into a big friendship group that had them at the centre, and for a while life was great.

A few months in, though, I started to see there were rules for fitting in with these new friends. You couldn't be more popular than Lucy and Yasmine; you couldn't attract more attention from boys; you couldn't be seen to be trying too hard at school work or in sport. I remember in Year Seven when a girl called Priya came in with a very cool new haircut and a pair of gorgeous shoes... I think they had been a birthday treat. Lucy and Yasmine must have felt she was outshining them, because suddenly rumours sprang up about Priya and she was excluded from the group. I was certain the rumours weren't true but that didn't seem to matter - Priya was gone. There were little things too... we all had to do what Lucy and Yasmine wanted, whether that was eating salad for school dinners, wearing certain colours and brands, or drinking skinny lattes in Costa in town.

Things went wrong for me when  boy called Ben asked me out in Year Eight. I wasn't ready for a boyfriend but still, I was upset when Lucy and Yasmine told me I couldn't go out with him. I had no intention of going out with Ben anyway, and in the end some of the group convinced me to apologise to Lucy and Yasmine even though I'd done nothing wrong. I did, but Lucy said I had to prove I was loyal to them by shoplifting a lip gloss she wanted from Superdrug. This upset me so much I stayed off school for three days, and in the end I told my mum who was horrified. We talked about it and I could see just how twisted and unfair it was. Saying no to Lucy and Yasmine meant letting go of my friends, but Mum made me see it was a no-brainer. I had to walk away.

I went back into school and found a different place to sit in class. I sat alone at lunchtime and in lessons, and I knew people were looking at me, spreading rumours about me. It was horrible, but it made it clear that these girls had never been my friends in the first place... they were mean, controlling, spiteful. In the end, Priya and her new friends asked me to join their group. It's early days, but I have real friends again, and I will never let myself be treated like dirt again just to stay part of a group. Walking away was the best thing I ever did.

Names have been changed to protect privacy. Fab photo by reader Emily; thank you!

Cathy says:
Teen friendships can be very tangled, but Hayley did absolutely the right thing here, and I'm glad it worked out for her. Have YOU ever been stuck in a toxic friendship? COMMENT BELOW to tell us more!
at February 19, 2017