Reader Deborah tells us all about the fund-raising ventures her old school made during it's annual charity week... 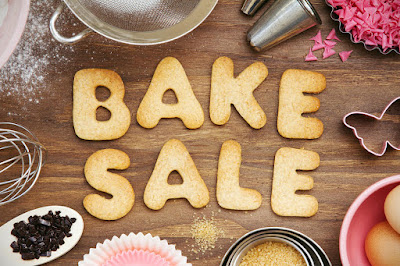 Deborah says:
When I first joined my old secondary school, each house had a particular charity which we would annually raise funds for during charity week. We would have lots of activities and sales to raise money and we'd then have a house assembly and present the money to the charity. Our particular house charity was one which helped children suffering from brain tumours, and it was run by a mother who had sadly lost her son to the condition. During the first charity week I took part in, I baked one of my best ever cakes for the bake sale, and it was a big hit. Every single slice was sold and the teachers were surprised that I'd been the person to bake it! I got a commendation award, but better still was the knowledge that I'd helped the charity.

In another of our charity weeks, we each paid 50p to do a Harlem shake video, which was a lot of fun. We raised over £2000 that time, and it was such a heart warming feeling. Eventually, we stopped the charity weeks as the teachers who had run it left the school, but we still went on doing smaller events and fund raisers for charity, and everyone was welcome to support in any way they liked! If you school doesn't do anything like this at the moment, why not create your own charity week? Talk to a senior member of staff about running a fundraiser for a particular charity or talk with your friends and organise something on a smaller scale. We can all help to make the world a better place!

Cathy says:
I love the enthusiasm and energy of this piece, and the wish to make the world a better place. Have YOU ever raised money for charity? COMMENT BELOW to tell us more!
at March 10, 2017