CHERYL: I LEFT SCHOOL AND DYED MY HAIR PINK...

Another post in our new series about growing up in different decades… we talk to Cheryl, who was a teenager in the early 1990s…

Cheryl says:
If I coud pick my favourite age, it would be 1995 when I was nineteen. A few years before that, at school, I had been very unhappy. I loved bands like The Cure and Siouxsie and the Banshees and was a real goth. I lived in a small town and got bullied a lot for my alternative style, even from adults in the street! I felt very isolated. The internet was still in its infancy and had to go through the phone line, which cost a fortune, so magazines were still the best way to connect with like minded people. I found some penpals through the Cure fanclub and it was always so exciting to get letters from other places.

As soon as I left school, I dyed my hair pink and went to Liverpool. I couldn't believe the difference a city made! I studied drama at a YTS place called the Oh Five One; everyone there was either in a band or liked the same stuff I did. It felt like something was changing, as the alternative scene was slowly becoming more mainstream. I got into 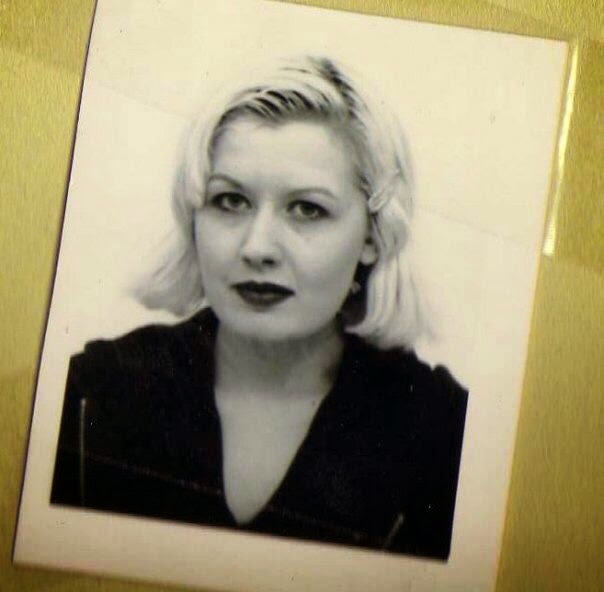 grunge music, bleached my hair and started singing with local bands. My friend and I started publishing fanzines and ended up running the Debbie Harry fan club! We made some amazing friends through letters and meeting at concerts. It felt like a magical time for creativity - music, films, books - so many of my all-time favourites are from that time. It felt like we could do anything we dreamed of.

The only thing I regret is that we didn't have the technology and social media of today. I think I would have felt much less isolated and 'different' in my small town school years if I could have reached out to other teens like me.

Cathy says:
I LOVE this post… and I love Cheryl's adventurous outlook and creativity! Cheryl is now a businesswoman and a mum, and lives on a tiny island… still pretty cool, y'see! Do YOU identify with Cheryl's ideas and feelings? How would you have coped with teen life in the 90s? COMMENT BELOW to have your say!
at January 23, 2015