RHODA: I MODELLED FOR JACKIE MAGAZINE!

Another in our fab series all about being a teen in a different decade… we talk to Rhoda, who who grew up in the sixties and early seventies…

Rhoda says:
I was a teenager from 1965 to 1971… great years; Beatles years! I dyed my hair red because I wanted to be Jane Asher… she was a model and she was dating Paul Mc Cartney from the Beatles. All I ever wanted to do was draw fashion illustrations… it was the only thing I was interested in at school (apart from dying my hair red - and BOYS!)

I bought my first copy of Jackie magazine in 1966 - Sonny and Cher were on the cover. I found out that the magazine was published by DC Thomson, a company based near to where I lived, and I applied for a job and joined the firm in 1968, two months before my sixteenth birthday. I worked in the Art Department there for ten years… I did fashion drawings for Bunty and Nikki magazines, and beauty illustrations for Jackie and Romeo. I started modelling for Jackie mag soon after starting in the Art Department… and it carried on for the whole time I was there. 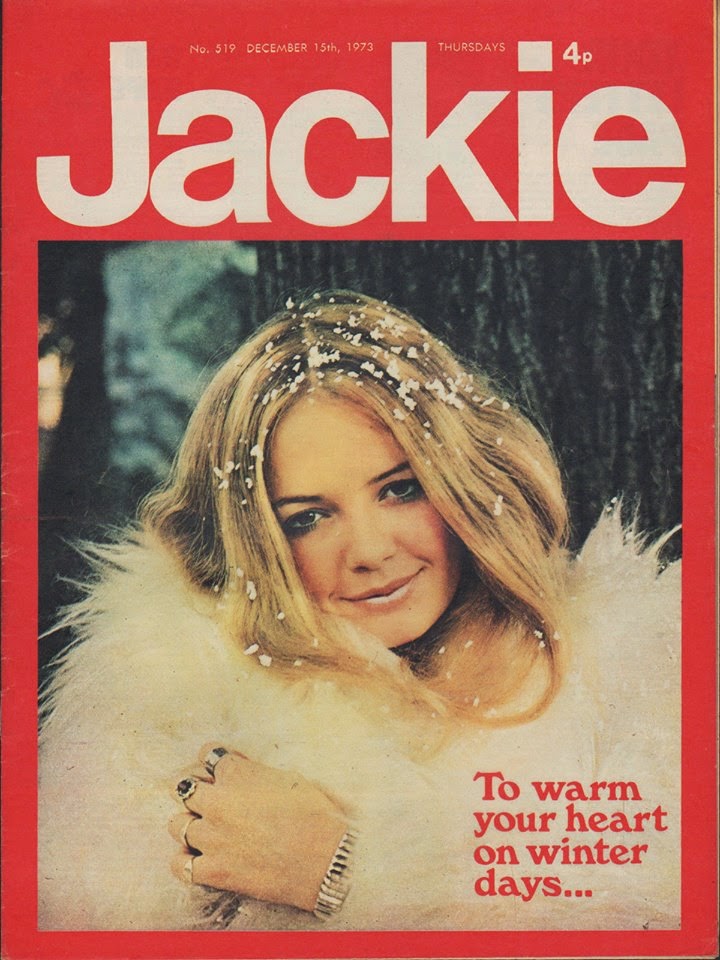 We would go away for the day, with a carload of clothes and have an absolute ball! Fab days indeed. We - the photographer and me and perhaps another model, and whoever was styling the fashion shoot - would go to fairs, churches, beaches, hotels… I even had my picture taken with a bull back in the early days. Yikes! I had never expected to be a model, but finding myself on the cover of a national magazine was pretty cool.In other ways, apart from being lucky enough to have the only job I'd ever wanted, I was just a typical 1960s teenager. I loved the glossy mags of the time, like Honey and Petticoat, and I was addicted to all things purple. I couldn't live without Mary Quant eye shadow in purple and yellow… worn together, of course! I did my eyes like Twiggy, the most famous 1960s model of all. As well as fashion and beauty and music, I loved discos and was crazy about dogs… and I even saved up £40 to buy my first car. 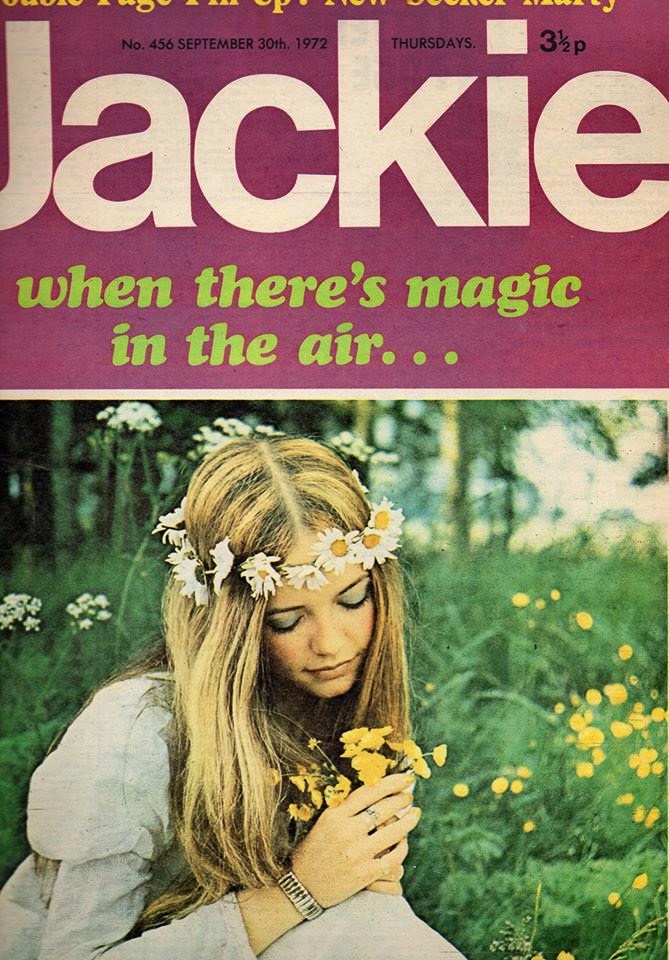 I LOVED my teenage years, but I think I'd love being a teenager just as much now - I don't think it's the times that are so memorable so much as the fact that you're a teenager! I am sure my granddaughter is having just as much fun! One thing I wasn't expecting was to wake up forty years down the line to find my photo on the front of our local newspaper, advertising 'Jackie the Musical'! Someone had made a musical of the legendary teen mag I had once modelled for, and used my picture in the publicity. The musical was amazing, and I now have a six-foot poster of myself under the bed… lol! Once I left the Art Department at DC Thomson, I carried on freelancing for them, drawing fashion pages for the various magazines  for a long, long time afterwards. Such happy memories… and unexpected opportunities. I'm lucky enough to have the photographs and magazines to remember it by, too!


Cathy says:
Rhoda's story is just awesome… all the more so, because I remember buying some of the issues which she modelled for! Can YOU imagine growing up in the 1960s? Or modelling for a national teen mag? COMMENT BELOW to have your say!
at January 30, 2015