The first in a new series all about the fabulous, feisty females who helped to change the course history… as written by the lovely Ruth, my brilliant P.A. Enjoy! 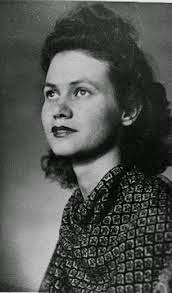 Ruth says:
This fabulously brave woman combines two of my favourite interests - female spies, and… knitting! During World War Two, Pippa Latour joined the WAAF and was asked to join the SOE - the Special Operations Executive, a brave group who would spy on the Germans and pass information back to their country to help Britain win the war. She had an expert knowledge of French - her father had been a Frenchman. It was incredibly dangerous work but the SOE members thought nothing of risking their lives for their country.

In training, Pippa learnt how to make codes so she could send secret messages and was even taught by a real life burglar how to get into dangerous places and escape without being caught. Using the codename Paulette, she pretended to be a poor French teenager and rode round on her bicycle collecting information and passing it on to other British secret agents. Her codes were written on silk, and she cunningly wrapped them around her knitting needles and tied the coiled silk into her hair with a shoelace! During her time in Normandy, Pippa sent 135 secret messages - invaluable information on Nazi troop positions which was used to help Allied forces prepare for the D-Day landings and the subsequent military campaign. Pippa continued her mission until the liberation of France in 1944. 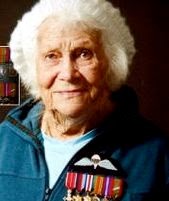 After the war, Pippa married and lived in Kenya, Fiji and Australia before eventually settling in New Zealand where she raised four children. It was only in recent years that she revealed to them her previous career as a spy. She holds an MBE and the French Croix de Guerre medal, and in 2014  was presented with the Chevalier de l'Ordre National de la Légion d'Honneur, France's highest decoration, for her courage in helping to liberate the country from Nazi tyranny.

Cathy says:
Wow… what an amazing story! I can't wait to read more about girls who helped to change the world - do YOU have any suggestions for who we should include? COMMENT BELOW if you've enjoyed reading about Pippa!
at January 19, 2015