Cathy Cassidy tells all about her days working on the legendary teen mag JACKIE, which helped to shape her writing career... 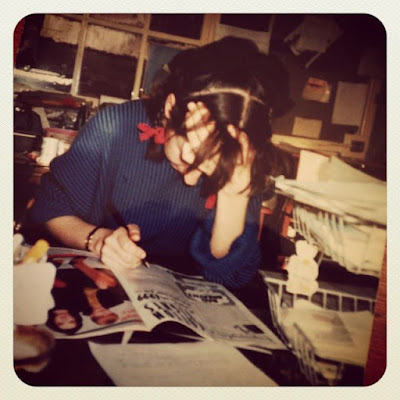 Cathy says:
My first real job after leaving art college with a degree in illustration was as editorial assistant on the legendary teen mag JACKIE. It was just about the job of my dreams! To start with I was the office junior and had to answer the phone, fetch the coffee and chocolate and do the photocopying, but I was thrown in at the deep end too and had to come up with lots of ideas for features and then write them up! I quickly learnt to think on my feet and then write up the ideas I'd put forward - brilliant training for meeting those deadlines later on as an author! 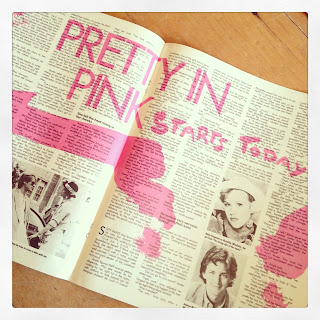 My desk just happened to be next to that of the Deputy Ed who was overworked and also acting as Fiction Editor; he would hand me piles of manuscripts and ask me to comment on them. This was quite surreal, as I had spent most of my teens sending short stories to JACKIE mag hoping they might buy one (in the end it was different mag that bought and published my first story when I was sixteen!). Anyhow, my judgement must have been good, because we bought the stories I loved, and rejected (nicely!) the ones I didn't, and a few weeks later I was given the job of Fiction Editor. This taught me so much about what teens might want to read, and I learnt important lessons about hooking the reader into the story and making sure they wanted to read on! One highlight was serialising the book version of one of my fave 80s teen flicks, PRETTY IN PINK, for the magazine. So cool! 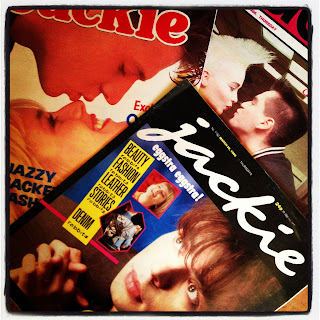 Working at JACKIE wasn't just about stories, though. Famous pop stars of the day wandered in and out of the office and I got to go out of the office to organise and style fashion and beauty shoots, working with models and photographers... so cool! I worked alongside some awesome people, many of whom went on to do amazing things - as authors, journalists, scientists, radio DJs, businessmen and a whole lot more. They were also the loveliest work colleagues ever! After just over two years at JACKIE mag, I moved on to another magazine job and then into art teaching. I missed JACKIE lost and know it was a vital part of my learning to be an author, and a magical part of my career. I soon made the move to being a freelance journalist and illustrator and worked for JACKIE and its sister mags as a freelance for many years to come, until it closed and was replaced by the younger teen mag SHOUT. I worked for SHOUT too... but that's another story! ;o)

Did YOU know about Cathy's teen magazine background? COMMENT BELOW to have your say!