AMELIA: I THREW MY IPHONE AWAY

Reader Amelia writes candidly about why she was driven to throw her smartphone away... and what happened next... 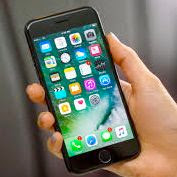 Amelia says:
I got an iPhone on my thirteenth birthday - before that I'd had a cheaper version, which I'd had since I was ten. I saw having a phone as a right of passage and a sign of being grown up. Lots of my friends had them, almost all by the time I was thirteen. I didn't know a single person who didn't. It was the number one way of staying in touch for me and my friends. It sounds gross but I took it to the bathroom and everything, and checked messages two or three times a night. I was addicted, but I didn't worry about it because everyone else I knew was the same... it wasn't a problem, it was just the way things were.

I would never have questioned it at all if the bullying hadn't started. I posted a selfie one night - I got loads of likes on my Instagram, Snapchat and Twitter and then, on Twitter, some negative posts that told me I was ugly, stupid, shallow, vain. I didn't know the posters so I tried not to take it personally but who doesn't get upset when people label them that way? I got sucked into it. I posted more selfies, trying to look better, less shallow (I did pics of me with books, or doing stuff). My Instagram page began to turn nasty, people saying I was trying too hard, that I thought I was better than other people. I deleted the bad stuff. Twitter was worse. I didn't know what to do. The people posting the bad stuff weren't people I knew, but some people I knew did click like on comments that were critical and that hurt.

Suddenly, I felt paranoid, depressed, scared. I tried harder and harder to get people to like me online, and became a bit of a hermit in real life. The harder I tried the worse it got, and every time I checked my phone there'd be something horrible there. I became withdrawn and stopped trying at school, my friends commented and my parents were really worried. I couldn't tell anyone what was upsetting me and I couldn't delete the people who were commenting, I wanted to win them over even though it seemed impossible. We broke up from school and that was worse, I felt alone with it... a phone buzzing every few minutes telling me I was rubbish, and I had to hide the bullying from everyone. I got so low I started thinking about running away or evening ending it all, because I wanted it to stop, but I knew I didn't  have the guts. 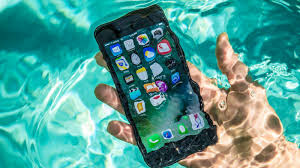 One night I was looking at my iPhone in the bath and another horrible comment came up. I started to cry, and I let the phone slip through my fingers into the water. I scrabbled to get it back again but then I realised - why? Without the iPhone, the comments would stop. I dropped it back into the water and left it there, and after my bath I fished it out and stuffed it into the outside bin. I felt scared - what would happen to my Instagram account, my Twitter? I had three or four days of quiet, and it was amazing - I stopped worrying about what comments would come next, started to relax again, breathe again.

On the fourth day my friend K turned up at the house to see if I was OK, and I told her about the messages and what I'd done. She hadn't even realised. I told my mum I'd lost the phone and I didn't want to replace it, at least for a while, and I've gone through the last few weeks without it. I couldn't bear to be without my phone before, but now I see how addicted I was, how hooked on it. K and I have done more stuff in the last few weeks than we have in years. Gone to see plays and films in town, winter picnics in the park, swims at the leisure centre, joined a drama group. We meet up every day and do stuff with other friends, and K is using her phone less now. I don't feel left out, I feel relieved. Will I get another iPhone? I don't know. I feel so much better without it... I'm going to see how long I can last without.

Cathy says:
Amelia's post is really interesting - research has showed that too much screen time is really bad for our health. Could YOU go screen free? For an hour, a day, a week... or longer? COMMENT BELOW to have your say!
at January 30, 2018