TANIA: I'VE LOST ALL MY FRIENDS!

Reader Tania has made a mistake and doesn't know how to put it right - can CHERRY COSTELLO help with some good advice?

Tania says:
I've lost all my friends and the stupid thing is, it's all my fault. Last year a new girl, C, joined our friendship group. She seemed nice and I liked her, and she settled in well. After a while, I started to feel envious of how well she had settled, as if she had been there forever - she often came up with ideas of what to do and where to go, and sometimes she would see a couple of my friends without the rest of us, because they live near her. I can see now that I was jealous. At Christmas, her parents split up and my mum made a comment that C's mum was to blame as she was always flirting. A few weeks ago when C was getting lots of sympathy about the split, I repeated my mum's comment. I was quite nasty about it, to be honest. My friends just looked at me like they didn't know me. My friends have been very cold to me since then, as if they don't want me around. I don't blame them. I have been so stupid and so mean. Have I lost my friends forever? 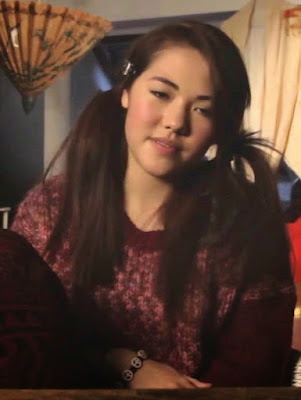 Cherry says:
Ouch... jealousy is not called the green-eyed monster for nothing. You've clearly been feeling a little pushed out by C, but your catty comment was cruel and it's no surprise your friends have jumped to defend C. You know you're in the wrong here... time to come out and say so. Speak to C alone and make a full apology, explaining that you've felt a little insecure lately. Let her know you bitterly regret your comment. What she needed at that moment was friendship and understanding, not an attack on her mother. Will she forgive you? Perhaps, but I imagine she will find it hard to trust you in future... that's something you will have to live with. Next, talk to your other friends and let them know how sorry you are; they haven't expelled you from the friendship group, so the chances are that in time they will forgive and forget. Most of all, learn from your mistake... never say anything mean about anyone else and put yourself in their shoes to imagine how they might be feeling. Mistakes can feel like the end of the world, but if you're brave enough to say sorry and learn from them, they are not in vain.

Cathy says:
Wise words from Cherry... this is not a problem with a quick fix, alas, but it should certainly be a lesson for Tania. Would YOU add anything to Cherry's advice? COMMENT BELOW to add your thoughts!
at February 03, 2016