Reader Jade loves her sister... but secretly longs for a time when she can break away from her shadow... 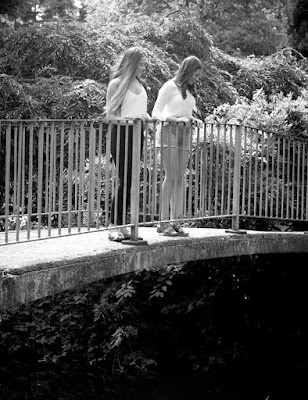 Jade says:
My sister Lucie is just fifteen months older than me, and at times we have been mistaken for twins. Ever since I can remember, I have hero-worshipped Lucie - she has always seemed perfect to me. I modelled myself on her, copied her style, her dress sense, even her hobbies and interests. I always wanted her approval and praise more than anyone else's, wanted to be as good as she was. It took me until I was twelve or thirteen to realise that was never going to happen.

Lucie was - and is - my best friend as well as my sister, so it felt incredibly disloyal to admit to myself that I was jealous of her. I was, though. No matter how hard I tried, I could never match her, never be quite as good or as perfect. My marks at school were never as good, and although we both did tap and modern dancing, piano lessons and drama, Lucie was better at all of them. I started to feel like a poor copy of her, and that hurt. I decided to try a different hobby and signed up for gymnastics, but I wasn't great at that either... and the lessons fizzled out because I couldn't bear to fail at yet another thing. At that point, my parents began to worry about me because they thought I'd changed, stopped trying. I realised they saw me as a problem teen, and that was the last straw. 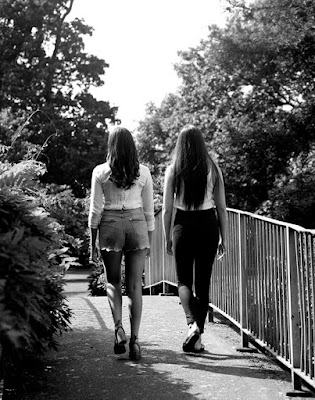 The one good thing I had in my life was Matt, my boyfriend... and then I lost him too. He finished with me at Easter, and by the summer holidays he was going out with Lucie. My world crumbled. Of course, I'd told Lucie I didn't care about Matt, that it had never been serious, because I didn't want her pity. So now I can't even let her see how hurt I am. I feel like my life is a lie, and although Lucie thinks we are as close as ever, I hate being in her shadow. I don't hate Lucie herself - she genuinely is a lovely person, much better than I am. I could never hate her, but I long for a time when I am no longer in her shadow. Lucie passed ten GCSEs in the summer and is already looking forward to uni. Sometimes she talks about how cool it would be if we went to the same uni and how we could share a flat, but that will never happen. If I am going to have a chance of a happy life, I need to be a long way away from Lucie. I can never tell her this, never tell my parents or friends. They would think I was the worst person in the world. Sometimes I think I am. I just want a chance to be myself... to have the space to find out what that is, to live my life without comparisons. And maybe when I am out of Lucie's shadow, I won't feel like such a bad sister anymore. Perhaps we'll find a way to stay close. I hope so.

Fab photographs by reader Hollie: with thanks to fab models Jess and Emily!

Cathy says:
Jade has been painfully honest, and I think she does need some space to be herself. I hope she manages to spread her wings and find her place in the world, as well as holding on to that close bond with her sister. Have YOU ever felt overshadowed by a sister or a friend? COMMENT BELOW to have your say!
at October 30, 2016