Reader Katie has written a fab new fan-fic mashup that mixes Tanglewood with Hogwarts... a brilliant treat for both CC and Harry Potter fans! 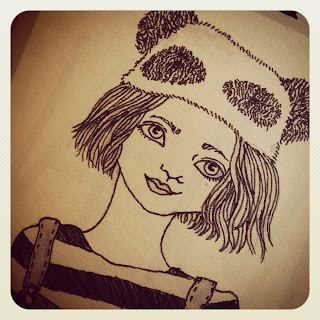 Katie writes:
'We're going to school! We're going to school!' squeaked Coco, bouncing up and down on her bed.
'Eek... Sorting Day for Coco,' Summer whispered.
'You know, for a Gryffindor, you seem a little scared,' snarked Honey, standing in the doorway. Cherry rubbed her eyes and knocked over her glass of water in the process. Skye woke up to the sound of breaking glass and worried that it would be her Remembrall.
'And HOW are you not in Hufflepuff?' said Summer and Honey in unison, Summer jokingly and Honey seriously. The girls got ready and went to breakfast.
'Is it odd that we're all in different houses?' Coco asked, gingerly picking up her wand.
'The traits that the Sorting Hat looks for come from within, not genetics,' Skye explained. Coco and Cherry side-glanced at Honey, her Slytherin tie askew.
'The best wizards can come from Slytherin,' Coco said, giving Honey a hug, but secretly she didn't want to be Sorted into Slytherin.
Charlotte cooed 'Alohamora' at Coco's luggage to check that everything was inside, then waved the girls off as they made their way down the path. 'We'll send an owl every week... no, every day!' Charlotte promised as Paddy rolled his eyes and used a levitation charm to fit Coco's suitcase into the car. 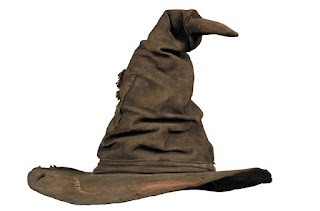 The girls smiled with anticipation as they approached Kings Cross station a few hours later. Trollies loaded, brimming with smiles, Summer and Skye put a hand each on Coco's trolley and chimed, 'Are you ready?' They all pelted towards the solid brick wall between platforms nine and ten, and seconds later Coco's vision was hazy with the steam billowing from the large crimson train protruding from one end of a dark tunnel. Honey and Cherry popped through onto Platform 9 3/4 then quickly hid the fact that they'd been holding hands in their robes. There was a boy with floppy hair and unkempt uniform running around and setting of stink bombs from Weasley's Wizard Wheezes.
'Ew, who is that?' Skye asked, then excused herself on the grounds of getting a good seat on the train to go investigate.
Before they knew it, the Hogwart's Express began whistling and hooting to signal its departure. The Tanberry-Costelloes crowded into the carriage and squished up at the window to wave at Charlotte and Paddy before finding their friends in different compartments. Coco sat next to a frizzy-haired first year and they helped each other with their luggage so they could scurry into the boats that carried first years over to Hogwarts Castle.
The entry foyer was full of the excitement of being sorted. Professor McGonagall ushered them into the Great Hall and Coco understood at once why the other sisters loved Hogwarts so much. The whole room was full of golden light, like the church Charlotte and Paddy had got married in, even though it was just a school dining room. Coco barely heard the speeches and the singing but took in every inch of the teacher's table and searched for her sisters in the crowd. Cherry waved, and Skye and Summer and their friends waved too. 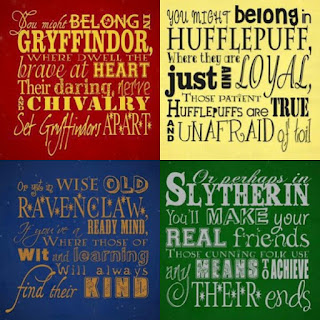 It was an agonising wait to reach the letter T... the frizzy-haired girl had been sorted into Gryffindor long ago... but 'Coco TANBERRY' was finally called. Coco approached the Sorting Hat nervously. Coco had wished and wished when she was younger that her pets would speak to her, and now here was an inanimate object speaking to her. A hat! Speaking! The hat mumbled, started singing a little, then fell silent. Then... 'HUFFLEPUFF!'
There was a shriek of laughter from all four tables. The youngest Tanberry, a Hufflepuff! The Hufflepuff table clapped and cheered, but there was bigger applause from the Tanberry-Costelloe girls.
Honey cornered the others as they stumbled out from the feast. The girls were surprised to see Honey was carrying a full goblet of pumpkin juice she'd snuck out of the hall, and she raised the goblet and made a toast. 'Here's to the Tanberry-Costelloe sisters, each unique in their own special way. And here's to Coco, our little Hufflepuff!'
'Hear hear!' The other girls clinked their wands against Honey's goblet, then moved away towards their dorms.
'Remember, you have to knock on the barrel to the rhythm of Helga Hufflepuff!' Honey called, and the girls threw smiles over their shoulders. Coco smiled back as she watched her sisters walk into the shadows...

Cathy says:
A fab story... I loved it! Well done, Katie! Have YOU got a story that might be cool on DREAMCATCHER? Email it through the 'email Cathy' link on www.cathycassidy.com to be in with a chance of having it on the blog! COMMENT BELOW to tell us how you liked this story...
at October 18, 2016