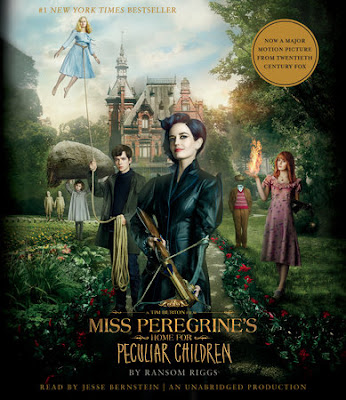 Kym says:
Miss Peregrine's Home For Peculiar Children is a new Tim Burton dark fantasy film based on the book by Ransom Riggs. The film focuses on a boy called Jacob who as a child had heard stories from his grandfather all about the monsters he had battled on his adventures back when he was younger. Jake had always believed the tales, but as he grew up he took his father's word on the fact that his grandfather's adventures were just stories. One day, Jake gets a phone call from his dying grandfather who tells Jake he must find 'the bird, the loop and September the 3rd 1943.' 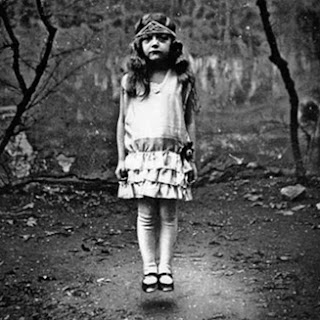 After discovering that his grandfather's stories may be real, Jake travels to Wales with his father under the advice of his psychiatrist to help with his grief. Jake finds the old children's home where his grandfather grew up. and here he finds the bird, the time loop and 1943. Well, that's all I'm going to say about the plot - clearly I'm not going to spoil the movie for you!

I'm a huge Tim Burton fan and as soon as I found out he was directing the film, I rushed out to buy the book. I was a bit worried when I saw the trailer - it gave the impression that the movie was tailored more towards young teens. However, the movie was fantastic and still had that Tim Burton touch to it. It was so good that I'm going to see it again!

Cathy says:
Ooh... I haven't read the books, but I have seen the trailer for this and having read Kym's review I think I will give it a try! Have YOU seen a cool film recently? COMMENT BELOW or email/ message me if you'd like to review a new release film!
at October 23, 2016