Have you ever lost the plot and gone right off the rails? Readers share their out-of-control moments! 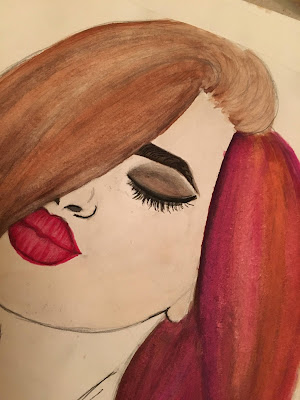 Steph says:
My most recent off-the-rails moment was when depression hit me hard and I decided to run away from home. I had been arguing with my mum and just couldn't cope, and running away seemed like a solution. I told Mum I was getting out of the house and she told me it wouldn't help. but I wasn't in a mood to listen and I went anyway. For four days I was switching between my friend's house and my boyfriend's house, but in the end I calmed down, came home and apologised. Sometimes I just go off on one and have to get out...

Cara says:
I am not what the teachers call a 'problem pupil' in fact I am fairly quiet and get good grades in most of my subjects. When you're quiet, you go under the radar a bit, and people really get a shock when you have a blow up. Well, I may be quiet but I do have a limit as to how far I can be pushed and recently a boy in my class had been niggling at me with nasty comments, making fun of my haircut, my skin which happens to be a bit spotty (not unusual for a teenager) and my shoes of all things, which he said were 'boy's shoes'. I normally let this sort of thing wash over me, but I was upset that day because my mum was in hospital and things at home were very stressful. The boy said something nasty in the lunch hall and I threw the contents of my can of Fanta at him and swept his dinner tray off the table. I got into massive trouble but so did he when the bullying came out, so it was almost worth it.

Sandie says:
I went through a very moody phase when I was eleven, twelve, thirteen. I think looking back I put it down to hormones as once puberty settled down a bit I was a lot less likely to go off on one. My little brother took a lot of the flak - to be fair, he asked for it, he was always winding me up. I remember one dinner time he thought it was funny to take a packet of sanitary towels out of my room and hold them up at the table and say that it was no wonder I was so moody. I was mortified and so angry, and we had a full-on fight and I made his nose bleed. I got grounded for a month. Now he's doing the moody teenager thing... I don't bother to wind him up, I'm past that now. 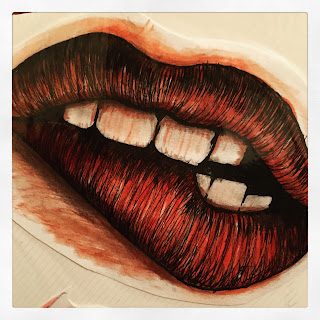 Jen says:
The worst thing I have ever done was in a big row with my mum about whether I could go to a party or not. She had more or less said it would be fine and then at the last minute changed her mind which I felt was very unfair. We both got angry and she was accusing me of being lazy and messy and not pulling my weight, and although I knew she was partly right I swore at her quite badly and told her I hated her. I didn't get to go to the party, but that was nothing - I felt awful. Very angry, but also angry with myself. We didn't speak for eight days... it was like the arctic in our house. In the end, I wrote her a letter that explained how I was feeling and that I felt nobody cared about me or understood me. She came to talk to me and and talked for hours, and put things right. We still have our ups and downs but we try to talk about our problems now. A massive row like that just makes YOU feel rubbish, as well as everyone else around you.

Thank you to SARAH for the fabulous artwork... perfect!

Cathy says:
I think all of us have our see-red moments. Have YOU ever lost your cool like this? What happened? COMMENT BELOW to have your say!
at August 26, 2016