The first in a series looking at teens who made it big... we look at the early years of mega Hollywood movie star Elizabeth Taylor! 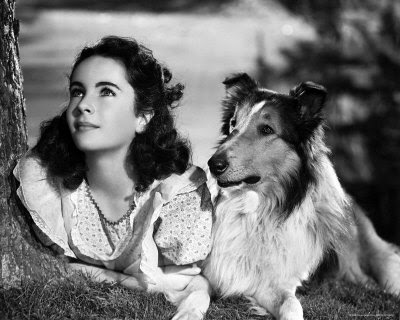 Elizabeth Taylor was born in London in 1932 to a wealthy American family; her father was an art dealer and her mother a retired actress. The family moved to Los Angeles, California, in 1939, having been warned about the imminent war in Europe. Elizabeth was strikingly good looking even as a child, with startling and unusual violet coloured eyes. Soon, she was being offered auditions for Hollywood film studios, and was given a movie contract by Universal Pictures in 1941. She was given a small film role soon after, but the contract then lapsed - rumour had it that the casting director at Universal did not like her. Elizabeth was then signed up by MGM and cast in the film LASSIE COME HOME, which required an actress with an English accent. 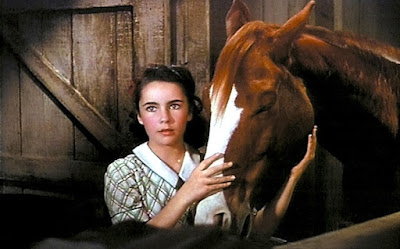 Shortly afterwards, at the age of twelve, she was given a major role in the film NATIONAL VELVET, where she played a fictional teenager who disguised herself as a boy and raced to victory in the British horse race The Grand National. Again, the role required an actress with an English accent, and the studio also had two of her baby teeth removed and required her to wear a brace to correct her teeth. They also wanted to dye her hair, pluck her eyebrows and change her name, but Elizabeth's parents refused to allow this. During filming, Elizabeth fractured her spine, and though this was not detected for several years it caused her ongoing back pain. The film proved to be her breakthrough role; NATIONAL VELVET was a huge box office hit in 1944 and critics praised Elizabeth's beauty, acting skills and fresh, unspoilt manner. 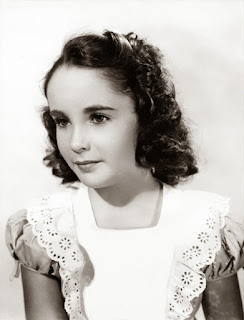 Elizabeth went on to become one of Hollywood's most popular teen stars, but the price of fame was high. Elizabeth later said that the studio was a 'big, extended factory' and that she had no real childhood after entering the movie business. Her days were a strict regime of lessons and filming, with the studio controlling her days and making her decisions. Her fame grew, and cut-out paper dolls and colouring books were made of her. By the time she was fifteen, MGM were arranging regular photo shoots... parties and dates were set up and presented to the press and little privacy was possible. Some of Elizabeth's teen movies included more Lassie films and the role of Amy in LITTLE WOMEN. That same year, she appeared on the cover of TIME magazine and MGM began lining her up for more adult roles. Unlike many child and teen actresses, Elizabeth transitioned with ease to adult roles and became one of the most acclaimed and popular actresses of her generation. Her personal life was not always happy, and her eight marriages drew media disapproval. She struggled with health issues which included alcohol dependence and addiction to prescription drugs, and died in 2011 of congestive heart failure. Elizabeth Taylor paid the price of early success in a business that was harsh and controlling, but she nonetheless enjoyed great success, inspired many and remains one of the best-loved and most iconic actresses of the 20th century.

Cathy says:
Have you seen any of Elizabeth Taylor's early films? How would YOU feel about losing your freedom and privacy in return for fame? COMMENT BELOW to have your say!
at August 27, 2016