MOVIE MONDAY: FANTASTIC BEASTS & WHERE TO FIND THEM 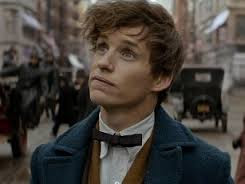 Katie says:
I sat with sticky ice cream fingers... and suddenly the Warner Brothers logo appeared on screen. Magical, with the same haunting music that we all know so well from HARRY POTTER. Did you know that the 'S' in FANTASTIC BEASTS & WHERE TO FIND THEM is a dragon? I didn't! It's pretty cool. It was all ghostly and eerie for a while, then Newt Scamander's face appeared on screen. With the same cheeky charm Eddie Redmayne used to bring Stephen Hawking to the silver screen, and that he is now known for, Newt coos to his suitcase. Yes, coos to his suitcase! It took me approximately six seconds to fall in love with Newt Scamander (Newt ScamAnder if you want to pronounce it the way they do in the movie!) and it will take you about the same time. 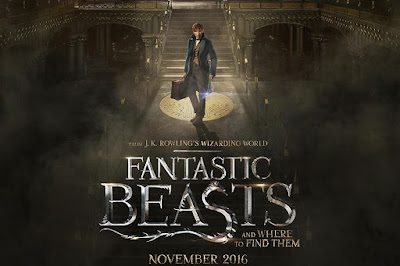 FANTASTIC BEASTS is full of action, wit and romance. It coems straight from JK Rowling and David Yates, the greats that have brought HARRY POTTER to us in multiple platforms. This movie -wait for it - is set in 1920s New York (swoon!) but you will be spooked as you come along for the ride in this spectacular visual treat. It's clever, it's what us Potterheads have been waiting for, it's in a league of its own. Meet the ultimate Magizoologist: Newt Scamander!

PS: If you've read the textbook for Comic Relief, you'll be able to pick a few things up.

PPS: Watch in 3D for an extra special treat!

Cathy says:
This is on my treat list for December... and Katie's review makes it seem more delectable than ever! Are YOU a movie buff? Want to share your views on a fab film or even review one for DREAMCATCHER? COMMENT BELOW to have your say!
at December 05, 2016