Blogger Jess tells us her verdict on the new film STAR WARS: ROGUE ONE... I think it's a Christmas must-see! 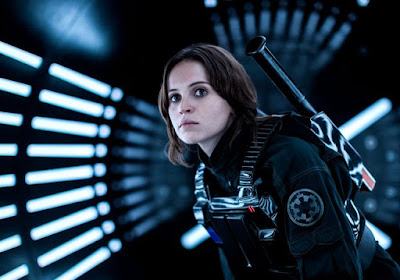 Jess says:
We've had our tickets booked for months to see this film - we're all massive fans of the Star Wars franchise. Nothing, however, prepared me for how good it actually was. I was unsure to begin with - it didn't have the traditional scrolling introduction *everybody gasps and swoons in horror*. I know! This was made up for in sheer awesomeness. 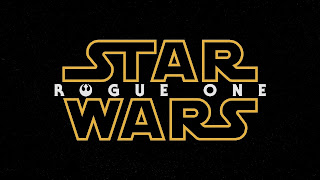 The story takes place between episodes III and IV and features a new character, Jyn (played by Felicity Jones) whose father is essential to the Rebel Alliance; if they can find him, they can destroy the Death Star. Jyn meets the rebels and they fight to find the plans to the Death Star. It is Soooo cool!

I really recommend this movie - even if you haven't seen the others, you can understand what is going on. There's a really funny new droid called K-2SO, a fighter pilot named Cassian and some familar faces thrown into the mix as well. I loved it and I'm sure you will too!

Cathy says:
I remember the very first Star Wars films way back in the mists of time... how cool that they're still going strong! Have YOU seen a fab film recently? COMMENT BELOW to have your say!
at December 19, 2016