2018 is the Year of the Dog. In Chinese astrology, each year is related to an animal and an element, according to the 12-year lunar cycle. 2018 is an Earth Dog Year. 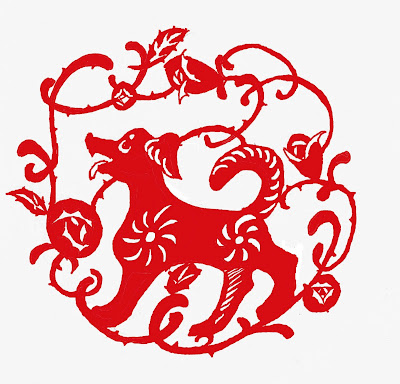 Legend has it that, back ancient China, the Jade Emperor declared that animals would become part of the new calendar - and that the 12 who arrived first would be selected. At the time, the cat and the rat were good friends. When they heard the news, the cat said to the rat, 'We should arrive early to sign up, but I usually get up late.' The rat then promised to wake his friend up so they could go together but, because he was so excited, he forgot and left on his own. He bumped into the dog, tiger, ox and other animals - who were all much faster than him - and he managed to convince the ox to carry him on his back. The ox arrived first, but the rat sneaked in front of him and became the first lucky animal. By the time the cat arrived, the selection was over - which is why the cat hates the rat and will always try to chase and kill him! 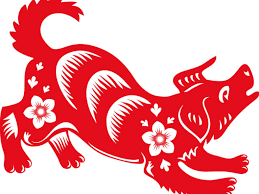 The global celebrations for Chinese New Year last for around two weeks and are an explosion of light and sound - involving bell ringing, lighting firecrackers, and traditional lion dances. Families gather for a reunion dinners and to clean their houses, sweeping away bad fortune. Traditionally, kids are given red envelopes stuffed with 'lucky money' and positive wishes on New Year's Day.

The year of the Earth Dog is promised to be a good year but also be an exhausting one! It is a good year to get your health in check, eating, exercising and getting rid of bad habits! As well as this, it promises good fortune, financially... sounds good to us! Enjoy Chinese New Year, whether you are a Dog or not!

Cathy says:
Do YOU celebrate Chinese New Year? If not, you can still have fun finding YOUR Chinese zodiac sign! What are YOUR traditions? COMMENT BELOW to have your say!
at February 17, 2018