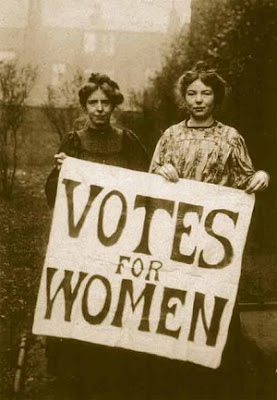 One hundred years ago, just after the end of WWI, change was ignited when an act was passed in parliament, allowing all married women over the age of thirty the right to vote. This monumental act was the start of basic change to social attitudes towards women. Although it was a milestone in women’s rights, it is important to realise that it was still another ten years before ALL women could vote and still today there is progress to be made, but it was a start! 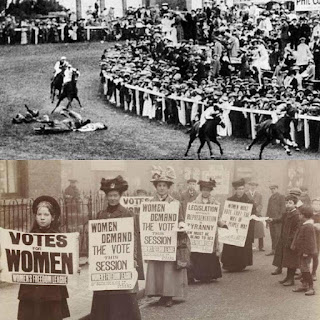 History still largely views the suffrage movement  - those fighting to gain the right for women to vote - as radical. At the time, suffragettes were arrested and imprisoned, and when they went on hunger strike to draw attention to their cause, they were violently force-fed. I view their struggle as courageous and inspiring. Figures like Emily Davison, who gave up her life for the cause by throwing herself under the kings horse right up to today’s feminista heroes like Emma Watson and Malala Yousafzai; if we let these gals guide us, we will prevail. I also think it’s important not to exclude men in this fight. Even back during the suffrage movement of the early 19th century, there were male supporters.

There’s still a long way to go and we’re not there yet. Women are still not taken seriously in many lines of work, such as science and politics, but let’s keep pushing forwards. Spreading awareness, and being there for each other is key. Oh, and when the time comes, never forget to use your vote!

Cathy says:
Really important stuff, Callie, well said. We have to keep fighting, let's never let things slide. What are YOUR views? Leave a COMMENT BELOW and tell us how YOU feel!
at February 10, 2018