Reader Vicky describes a trust broken and a summer crush that ended on a sad, sour note... 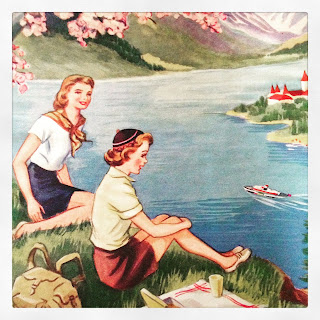 Vicky says:
I went to summer camp last August and met my senior mentor on the first day. I didn't think much of him at first, but after a few days of doing trust activities and talking, I realised I had feelings for him. It wasn't anything major - I knew that because I'd only just met him and there was so much I didn't know about him. All the same, I told my new friends how I felt. Maybe because we'd talked so much about trust on the programme, I thought I could trust them with the secret, but almost at once they began to tease me about it. By the second week they started acting funny whenever I mentioned him - they kept telling me to let it go or focus on someone closer to my own age, and not a nineteen year old guy. Being naive, I carried on spinning daydreams about him, knowing I was way too shy to make any moves.

On the last day I was at camp, he withdrew a promise he had made at the start of the programme. We all had him on Snapchat - he said he would give us his number so he could send us information if any of us wanted to try out for being a senior mentor in future. He suddenly changed his mind and when I asked about this he acted like there was a different reason that I wanted his number.

A few days after the programme finished, my friends were talking about his snaps but I couldn't see them. I checked his contact on my phone and saw that he had blocked me. When I told me friends they told me something they should have told me from the start - he knew all along that I had a crush on him and he'd been telling them the whole time that I was acting creepy and being clingy. Needless to say, I was horribly embarrassed about it all. For a long time I tuned out everything to do with that summer camp, because I didn't want to think about how silly I'd been, trusting people I'd barely met with such a big secret. Trusting people to be true to me. On graduation day, I refused to even look at him, and I think it was clear I wanted nothing to do with him ever again.

Cathy says:
Trust is such an important thing for any friendship, and Vicky put her faith in new friends who quickly let her down - her mentor did not handle the situation well either, so no wonder she feels upset and hurt by what happened. Have YOU ever had your trust broken by those you thought were friends? Or found a teacher or mentor has let you down? COMMENT BELOW to have your say.
at February 04, 2018