IS THIS A CRUSH?

Ahead of Valentine's Day, reader Imogen talks about how to spot a crush... and why it's not the same as real-life love... 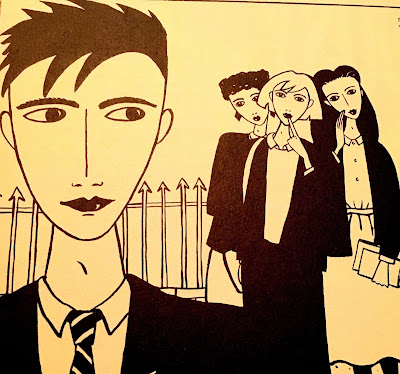 Imogen says:
We've all been there. Totally in the thrall of that cool boy (or girl) we're actually too shy to even speak to... and kidding ourselves there'll be a happy-ever after. It can feel so overwhelming it takes over everything - when I had a crush on a boy from the Sixth Form when I was thirteen, I was obsessed. I made my friends hang out opposite the sixth form building every lunchtime in the hopes of catching a glimpse of him. I drew his name and mine inside a heart at the back of all my exercise books. I cried about him at night, and when he started going out with a girl his own age I hated her with such venom it made me sick and shaky for weeks. And then the feeling faded, as fast as it had arrived, and I had a new crush - a less dramatic one. When I was fifteen I started seeing a boy a year older than me, and suddenly real life relationships seemed more appealing than imaginary ones. So how do you know it's a crush?

- You dream about him all the time... but you've never actually spoken to him.
- He's a lot older than you, or unreachable in some other way... a teacher, a pop star, an actor.
- You know that NOBODY else in the world could ever understand you the way he does...
- ... even though you don't actually know what his personality is like.
- You practice writing your name with his surname in the back of your books.
- You plan your day around catching a glimpse of him.
- If he ever spoke to you, you'd panic so much you'd probably be speechless.
- Your friend threatens to tell him how you feel and you are horrified at the very idea.
- If he's a public figure, you collect as much info on him as you can.
- You are devastated if he gets a girlfriend.
- You happily turn down dates with real life boys because they're not HIM.

No matter how real the feelings may seem, they are a practice run for a real relationship and a part of growing up, so remember that and keep an eye on the bigger picture. In time, the fantasy love affair will fade, and you'll be ready for the real thing!

Cathy says:
Wise words from Imogen! Have YOU ever had a crush on someone who is way out of reach? COMMENT BELOW to share your story!
at February 11, 2018