BEAT BULLYING: READERS OFFER THEIR TIPS FOR HOW TO COPE

We've shared some heartbreaking stories from readers who've been bullied, and heard about the damage it can do. But what if it's happening to YOU? I asked my readers what they'd say to someone who was being bullied; there is a LOT of good advice here...

Mel says:
Never take as truth anything a bully says about you; listen to your own heart. The nasty things people say are more about THEM, not you. Confide in a trusted adult - they will listen and help.

Chloe says:
I've been there... where you start to look in the mirror and believe what the bullies say, but it's not true; it's just their way of trying to make themselves feel better than you. You're beautiful, and never forget it.  And no matter how alone you may feel, help is out there if you're brave enough to ask; there is always someone to catch you when you fall.

Georgina says:
Ignore the haters. You are your own person - be proud of that. Block out the people who are jealous of that and focus on your own happiness.

Vicky says:
Tell someone... simple as that.

Mia says:
The people who bully you are insecure and try to make others feel bad so they don't feel so awful. YOU'RE not the person with the problem, they are. Talk to someone about it and get it sorted.

Caitlin says:
There's always someone who cares about you, even if you don't know it. Speak out.

Autumn says:
Pretend you don't care. I usually answered bullies remarks with a derisive snort or contemptuous glance. Why should you care what they say? Their lives must be very sad if they get a kick from making others miserable. They are looking for a reaction - don't give it. Words only hurt if you let them. As for physical bullying, take a self defence class so you can block their attacks. It will boost confidence, too. Above all, be confident - or fake it. Trust me, fake confidence quickly morphs into the real thing!

Rosie says:
Stand up straight, look them in the eyes, walk confidently. Most bullies are frightened or bullied themselves, and pick on what they see as easy targets. Don't be one! I used to imagine I had a bodyguard on either side of me, and that helped!

Kieran says:
Kill them with kindness. Bullies like to make others feel bad so they can feel better and superior. Don't let it faze you; ignore it and the bullying will ease off and fade. There are lots of bullying helplines, so if you're struggling call and talk to someone in confidence.

Kristen says:
Tell someone - anyone you trust; friends, teachers, parents. Stay strong and keep speaking out until it is sorted. 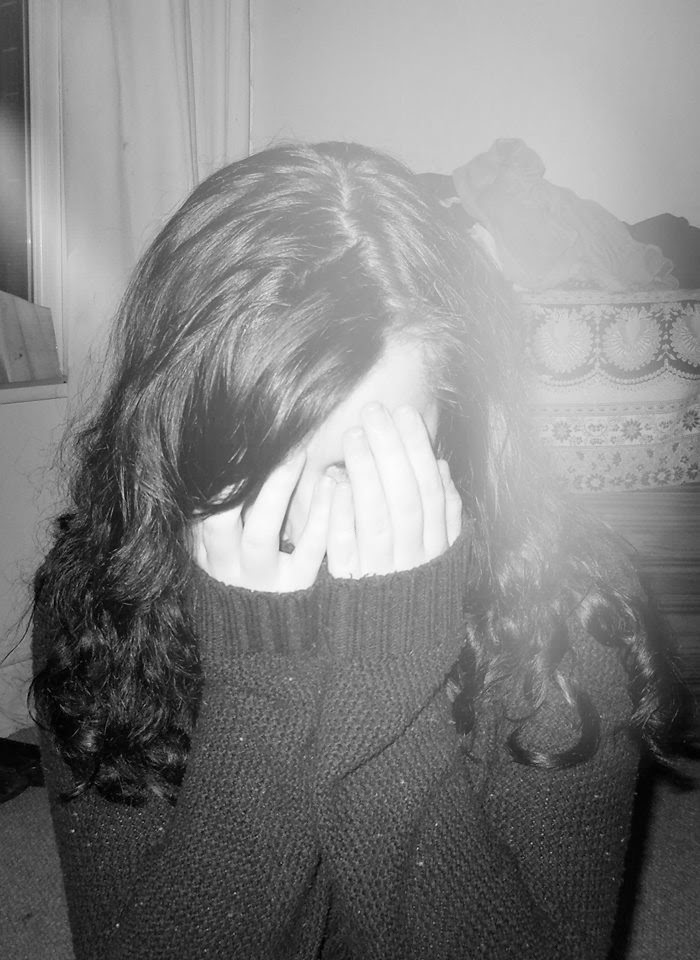 Azania says:
Don't believe what they say, and don't try to argue back - they'll think you're asking for more. Ignore them, and hang out with friends. If friends are bullying you, cut them off - that's NOT friendship. If this doesn't help, talk to the school counsellor or supervisor.

Courtenay says:
Don't let the bully see they're getting to you - if they get a reaction, they'll go on targeting you. Ignore them but write down their words and what they do when they move on to pick on others; you can use your notes to report the bully and prevent others from being hurt.

Izzy says:
Completely ignore them... don't retaliate and tell your friends and family before things get any worse. Opening up really does help.

Caoimhe says:
Gather evidence of the bullying - print out Facebook messages, for example. Get your friends to stick with you and DON'T fight back - you'll just look like you're the bully if you do. If things get worse, tell a teacher and show them the evidence you've gathered so they take you seriously.

Kiki says:
Don't let it get to you. Bullies often threaten things will get worse if you tell, but THEY are the ones who lose out if you tell, so they would say that, wouldn't they? Speak out - if not to a teacher, then to a helpline.

Holly says:
Don't show that they're hurting you... this is the reaction they want. Try to seem confident and they'll leave you alone - show weakness and they'll target you more than ever.

Verity says:
Try and block it out - because if you don't listen, they can't hurt you. I've been bullied since I was a little girl, everything from name calling to being pushed down a set of stairs at school. One thing I've learnt is to try and ignore the bullies, as if they are trash, because they are. After a really bad day I feel angry and have to try hard not to take it out on others... that makes the teachers feel you're at fault, and they'll be less supportive.

Kellie says:
I was bullied and it was awful and drove me to behave very badly. In the end, I went to Social Services and told them all about it... things got sorted then. Keep telling until somebody listens.

Lorna says:
I was bullied at secondary school, and what started off as a jokey thing escalated until it felt like everyone was in on the joke but me. Someone I thought was a friend began blackmailing me and I withdrew and developed Generalised Anxiety Disorder. Then I discovered BeatBullying who gave me the confidence to speak out. These days, I am a mentor for BeatBullying and have even been on national TV talking about it. There is always someone to help - please speak out.


Cathy says:
For more advice, read my book Letters To Cathy which has a chapter on how to handle bullying and more chapters on how to build confidence and self-esteem. Gingersnaps and Driftwood are two of my fiction books which tackle the subject of bullying. The advice above is good - I agree that blanking the bullying can work. Bullies want a reaction, and if you deny them this they can get bored and leave you alone. If not, SPEAK OUT... talk to a trusted teacher, a counsellor, a parent, a helpline... and keep asking for help until someone listens and helps. You do NOT deserve to be treated this way... don't put up with it. Break the silence and get some help and support.

COMMENT BELOW if you have any good advice to add to the above... and many thanks to all readers who have contributed.
at March 10, 2014