We know you're an arty, creative lot… so we decided to check out an after-school sewing class, 'Crafty Little Things', to see what goes on…

Izzy says:
I've been coming to this class for a couple of years now and I love it! We make lots of cool stuff and it's really sociable and relaxing! I make all kinds of presents for my family and I also made owls to sell at school! The best thing I've made so far is a big fleece cushion with felt hearts on it… it was fab! I've just finished making a gorgeous applique skirt and now we are making mini canvases covered in fabric, beads and buttons! Oh… um… I also love the biscuits! 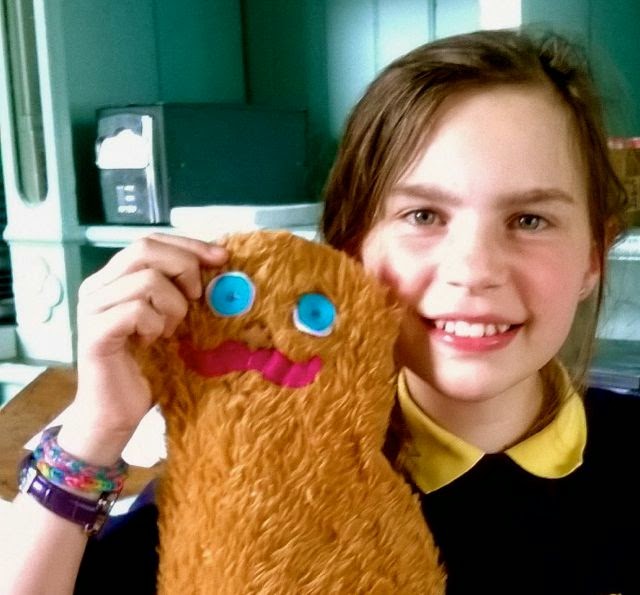 Madeline says:
I like how we make a completely different project or two every term, and I love being creative. I've learnt so much over the last few months and often sneak my projects home to do a bit extra there! My favourite thing I've made were little felt birds, they were very cute! I went to a sewing birthday party recently and the mum was really impressed at how neatly I could sew! We always have a good laugh and it's nice mixing with kids from other schools. I'm making a teddy just now… he's got an epic moustache!

Patrick says:
I like coming to craft class… who says boys don't like to sew? I do! We get to make some really fun stuff and the other kids are really cool and funny. I like making monsters - Ruth, our teacher, lets me make whatever I want, even if it isn't quite what she'd planned! 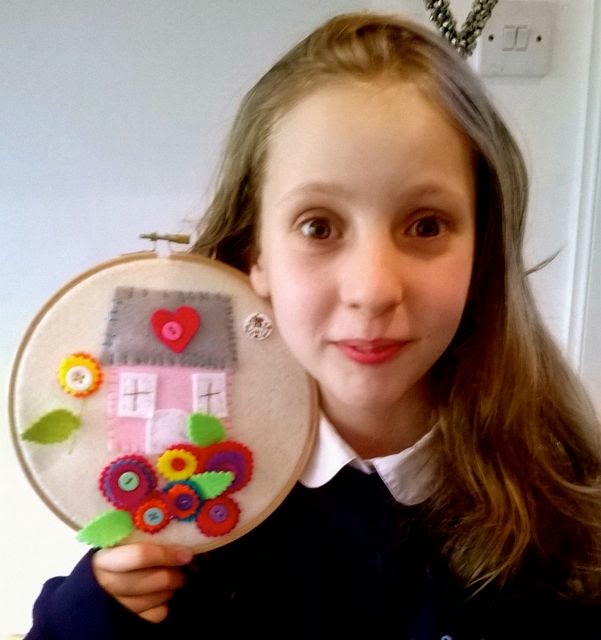 Ruby says:
I've always loved making things and I really like sewing! I've made some fab things at the craft group over the last few years - tooth fairy bears, cushions, a scarf, sleep masks, pen holders, dolls, embroidery hoops and lots more. My fave thing I've made recently is this hoop -  we put some plain material in the frame then cut out shapes from felt to make the house and flower picture. It's quite a simple idea but very effective and easy to do. I think it looks amazing!


Cathy says:
I LOVE these amazing projects… and the kids we interviewed seem to, as well! Have YOU ever taken a craft course or workshop? COMMENT BELOW to tell us more!