ENID BLYTON: THE MOST PROLIFIC CHILDREN'S AUTHOR EVER?

Have you ever read an Enid Blyton Book? The Famous Five series, or The Secret Seven, or The Magical Faraway Tree? Maybe the Chalet School series? Enid Blyton was one of the most famous children's authors of the 20th century - but how much do we know about the woman herself? 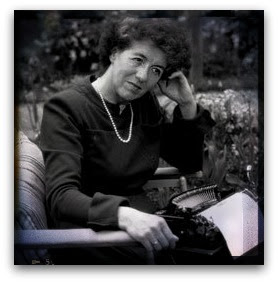 Enid Blyton was born in 1897, in London, the eldest of three children. She was close to her father, with whom she shared an interest in art, music, the theatre and literature… but her relationship with her mother was much cooler and more distant. Enid's mother once described her interest in writing as 'a waste of time and money,' but Enid did well at school and was made Head Girl. She trained as a teacher and worked as a teacher and a governess, writing in her spare time. Her early stories were rejected, but this only made her more determined to succeed, and eventually her first book of poetry was published in 1922. Poetry was followed by fiction, many books aimed at children with fantasy and mythology themes. Her first full-length adventure book, The Secret Island, was published in 1938, and many more series followed… by any standards, Enid was an incredibly prolific author and by the 1950s she was writing as many as fifty books each year. Yikes! 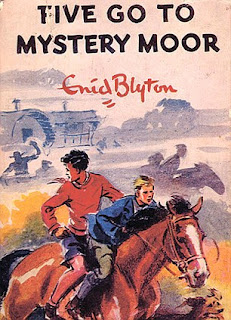 Enid Blyton married twice and had two daughters, but perhaps it is fair to say that writing was her first love. She has been described as a workaholic who pushed herself very hard, had a strong business streak and knew how to make the most of her talents. She ran a magazine, Sunny Stories, and later had her own publication, the fortnightly Enid Blyton Magazine which she wrote entirely herself. She cashed in on the success of her books to launch a series of card games, jigsaws and board games based on her books, and also ran the Famous Five Club with half a million members. Blyton and her readers raised a lot of money for charities such as the PDSA, Great Ormond Street Hospital and many others. She died in 1968. 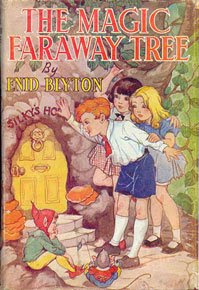 Perhaps Enid Blyton's greatest achievement was to write books which children loved… easy to read stories for every age and taste, ranging from stories about fairies and toys and mythological creatures to adventures. Her books were written a very long time ago now, and not all have stood the test of time… streaks of racism, sexism, class privilege and prejudice against anyone who wasn't English can make them very hard to read in the 21st century. Even at the time, critics dismissed her books as 'mediocre' or 'second rate' and her books have been banned from more libraries than any other author. Blyton herself dismissed the criticism, stating that her books were a reflection of her own views and beliefs, and stating that she only cared about the opinions of those under twelve. In recent years, some of the books have been edited to remove offensive or prejudiced passages of writing. In spite of all criticism, Enid Blyton's books are still in print and are widely read by children all around the world.

Cathy says:
Have YOU read any of Enid Blyton's books? Would you? Do you think they stand the test of time? COMMENT BELOW to have your say!
at October 16, 2015